Siblings have lost their lives in an unfortunate fire incident in the Ijede area of Lagos State. 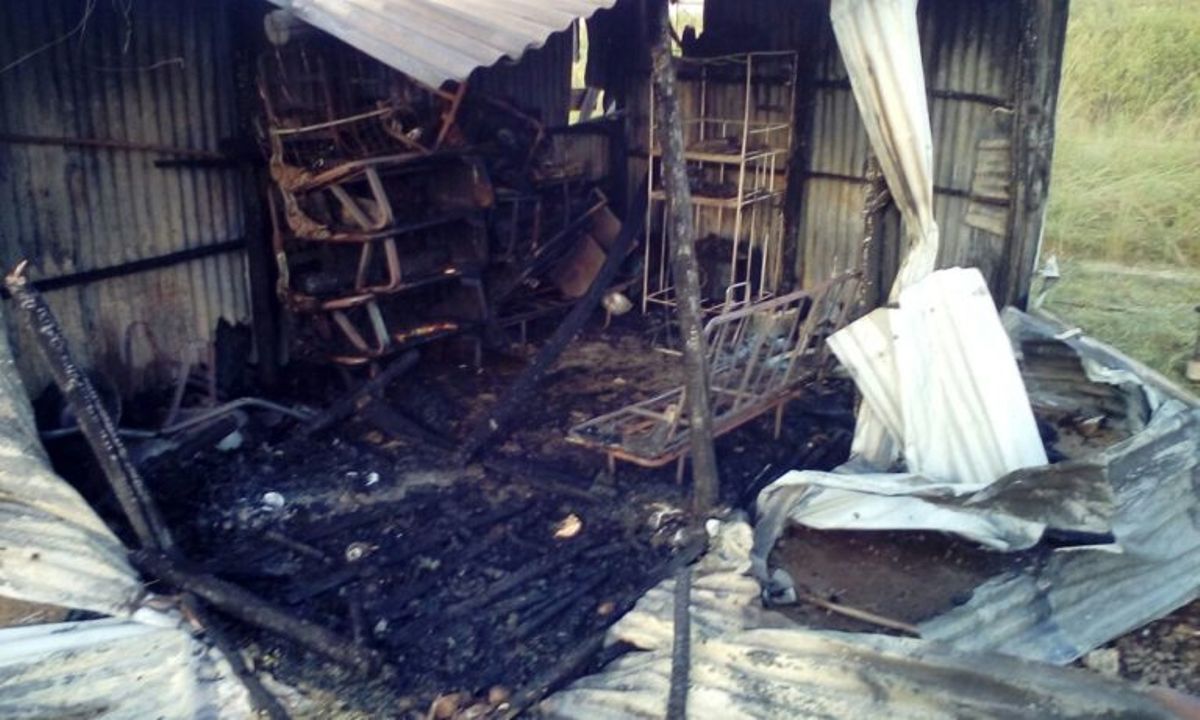 Scene of the incident
Two children of the same parents, Ganiat and Oyin Tunde, were burnt to death when a bungalow at No. 4 Itundesan Street, near Odoro in the Ijede area of Lagos State, was razed.

Eyewitnesses told PUNCH Metro that the fire started around 12.18am on Saturday following an electric spark, which set shops in front of the building ablaze and spread to other parts quickly.

An uncle to the victims, Danmola Ajani, who said the building was the familys’ property, noted that when the fire started, everybody was thrown into confusion.

He added that the victims’ father, Tunde, an automobile mechanic, escaped through the window to push the car he brought home away from the inferno.

Ajani explained that his brother took the action to save the house from further destruction as there was a gas cylinder in the car, adding that a generator was also working at the time.

He said the children’s mother, Adijat, who also escaped from the burning house, quickly picked up a baby boy, whom he said was not feeling fine.

According to him, before Tunde could return to rescue the two girls, they had already being burnt beyond recognition.

Ajani, who is a retired employee of the Lagos State Fire Service, said it was difficult to rescue the situation because there was no borehole around the area.

He stated, “As a former worker of the Lagos State Fire Service, I used my experience in the best way I could to rescue the situation. We had many constraints. We could not get any borehole nearby to fetch water to extinguish the fire.

“Some youths went to the lagoon to fetch water, which we used to extinguish the inferno before firefighters arrived.

“I called them long before they came. It is difficult to locate this place. The poor state of the roads contributed to our travail that day. It took them almost four hours to get to this place because of the extremely bad roads from Odoguyan to this place.”

He said before he left the service, he made unsuccessful attempts to secure a piece of land to build a fire service station in Ijede.

One of the rescuers, Saliu Qudus, said he was outside when the fire started, adding that if not for his efforts going round to knock on windows and forcing them open, more people would have died in the incident.

She stated that it was the men of the agency, who actually extinguished the fire.

“Yes, it happened. It was my men, who actually extinguished the fire,” she told our correspondent on the telephone.
Top Stories