The raid followed a petition by one of the INEC ad-hoc staff during the 2019 presidential and gubernatorial elections in Zamfara State. 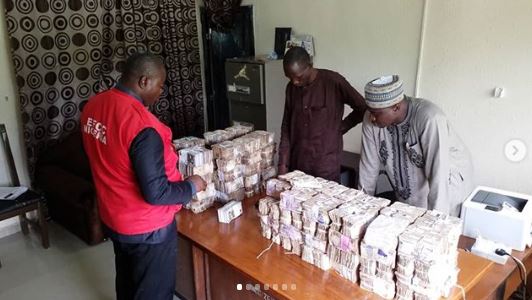 The money recovered
Operatives of the EFCC, Sokoto zonal office on Wednesday, October 9, 2019 recovered money to the tune of N65, 548, 000 (Sixty five Million, Five Hundred and Forty-eight Thousand Naira) only.
The money which comprises  81 bundle of N1000 notes, 97 bundle of N500 notes and 96 pieces of N500 notes, were stacked in two fire proof safes during a search conducted in offices of the HOD Accounts and Cashier of the Independent National Electoral Commission (INEC), Zamfara state.
The money is suspected to be 40% illegally deducted on funds released to INEC Zamfara office to cater for the rent of Canopies, Tables and Chairs and also funds for RAC (Registrpreparation Area Center) and movement of men and materials to Polling Units, by the HOD Accounts & Cashier.
The raid followed a petition by one of the INEC ad-hoc staff during the 2019 presidential and gubernatorial elections in Zamfara State.
The staff alleged that the Adhoc INEC officials were denied payment of their N6,000 movement allowances each for the two elections. The suspects would be arraigned in court as soon as investigation is completed.
See more images: 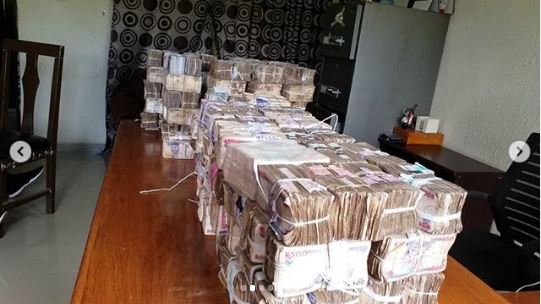 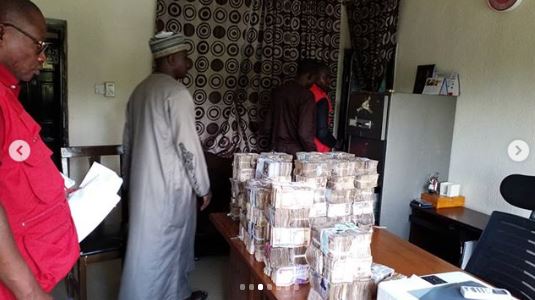 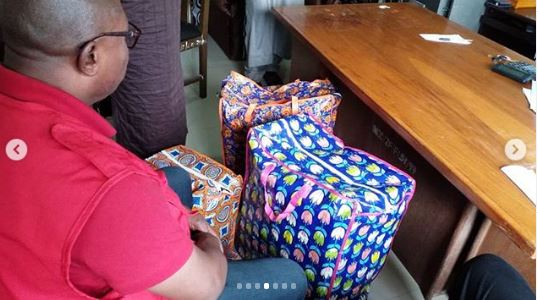 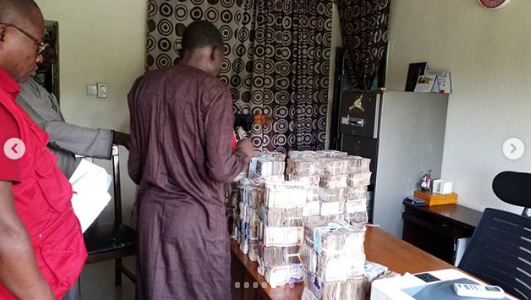 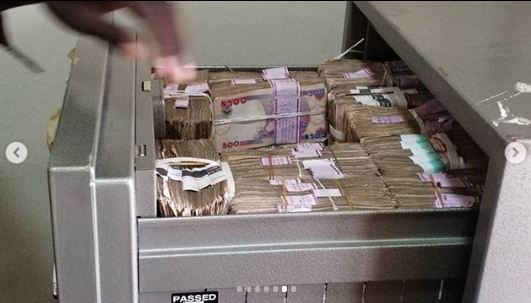 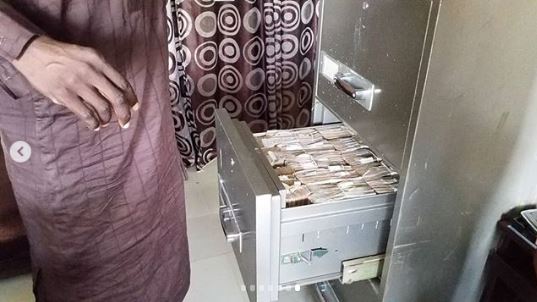