Ned Nwoko and his wife, Regina Daniels have continued to wax stronger in love as he recently surprised her with a birthday treat. 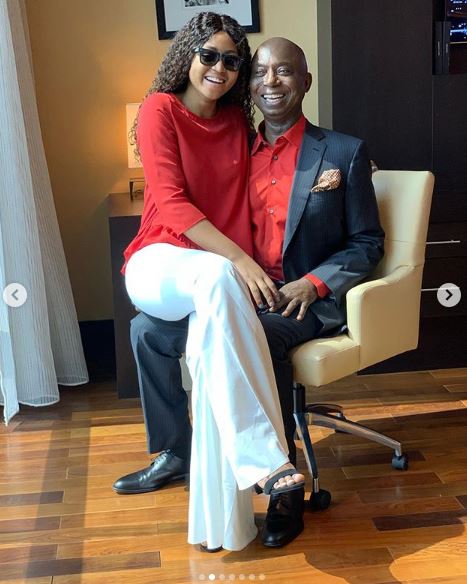 Ned Nwoko and Regina Daniels
Ned Nwoko is indeed a romantic man after he celebrated his wife's birthday by giving her a surprise treat as she turned a year older today, October 10.
During the surprise birthday treat for his wife, Regina Daniels, the billionaire politician was filmed plucking flowers for his wife who couldn’t contain her excitement.
The marriage between the young Nollywood actress and her 59-year-old billionaire husband has been a topic of discussion among Nigerians since the news hit social media.
Many were unimpressed that the much older man got married to a young lady. Despite the hatred, the couple does not seem to mind the negativity as they openly display their affection for each other on social media.
Watch the video: