Churchill Okonkwo explains that Nigerian embassies in Atlanta and Washington DC have mysteriously run out of e-passport booklets. 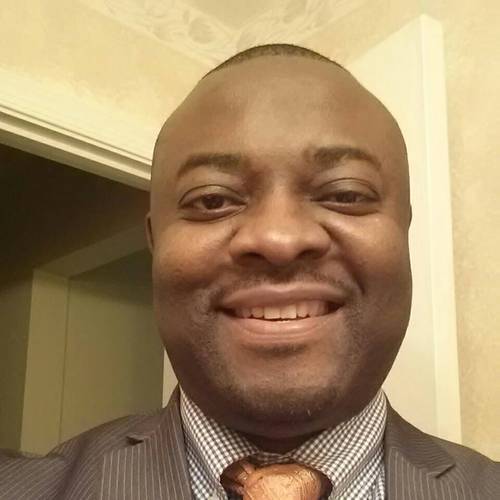 Churchill Okonkwo
In the United States, the Nigerian embassies in Atlanta and Washington DC have mysteriously run out of e-passport booklets. Thus, Nigerians coming home for 2019 Christmas are given appointment dates in March 2020 for e-passports in New York. This is technically telling thousands of Nigerians in the US that we love you but sorry, you are not going home for Yuletide this year.

Meanwhile, dangerously corrupt immigration officials in the same New York office are collecting egunje$200 for same-day e-passport service. Syndicates at the Nigeria Immigration Service offices under the pretense of a shortfall of e-passport booklets across Nigeria and in the US, are ripping Nigerians off. So, Nigerians in the US are now begging for visa to visit Naija. Shameful!

When the details of one of the syndicates, who requested $200 for a passport was brought to my attention, I had the option of speaking out or keeping mute. I could have continued to enjoy my break from writing since I was not the one paying. I have, however, chosen to speak up simply because it is the right thing to do.

This is not about taking people down or snitching; it’s about pointing at the incompetence and the flaws of processes and suggesting improvements. It is the failure of the leadership of the immigration service in Nigeria to adequately prepare and produce enough e-passport booklets that created this enabling environment for officers to engage in corrupt acts.

Incompetence in the Nigerian Immigration Service is a progenitor of corruption. For Rauf Aregbesola, the challenge is to lead the way he wants to be followed. The work environment he builds isn’t just what he says; it’s also what he does. A minister whose agency is ripping Nigerians off should either shake things up or will be caught up in the culture of incompetence and corruption. It should be that simple.

In a system, full of incompetent people, delivery of service is the first casualty and, hence, it has a premium. As is the case with e-passports in immigration offices across Nigeria and around the world, one who pays for it, gets it. The one who does not – or cannot – ends up getting none.

I have stated this before and will say it again: the fight against corruption by President Muhammadu Buhari is meaningless when ordinary Nigerians are being forced to part with their hard-earned money in government offices by Nigerians that are paid to do their work.

I don’t care if $200bn is recovered from Sambo Dasuki and Diezani Alison-Madueke if a dangerously corrupt immigration official by way of creating artificial scarcity of e-passport extorts $200 egunjeor makes me pay for a visa to visit the motherland. Mama Ogoo does not give a damn how much was recovered from Patience Jonathan if she must part with N5,000 to get her pension.

Yes, Buhari has failed to comprehensively fight corruption; yes, Nigerians rejected Atiku Abubakar because corruption runs in his veins but here we are with fellow citizens corruptly enriching themselves at every point of service delivery to the public.

Where is Mrs Abike Dabiri-Erewa? Her reluctance to treat corruption at Nigerian embassies as a direct rights violation of Nigerians in the Diaspora makes nonsense of everything she pretends to stand for. Where is Aregbesola, who promised to deliver quality service to Nigerians? This is the time to stand with Nigerians and come out swinging at the “insidious plague” at the NIS offices across the world.

It is only this shame that will make Dabiri-Erewa and Aregbesola do the right thing. As the saying goes, you cannot climb the mountain top without crushing some weeds with your feet. To be exemplary, the two officials must without fear crush some weeds and stand with conscientious Nigerians anywhere in the world. They must confront individuals and institutions that break the law and commit fraud.

The arrow the child uses to kill the vulture was carved for him by an adult. Some top people at the Nigerian Consulate in the United States are aware of this malpractice in New York. I wonder how they go to bed with clean conscience knowing that one grandmother that visited her child cannot go back to Nigeria and enjoy the joy and peace of Christmas because of their incompetence and corrupt act.

Finally, fellow Nigerians, the struggle against official corruption is akin to fighting a mutating virus. If we keep treating symptoms of the problem, cases of corruption will continually mutate and multiply. As such, we should not remain quiet but speak out in the face of glaring injustice or daylight robbery. We need to continuously speak out against corrupt acts and corruption as Nigerians until our voices rise to a crescendo that can no longer be ignored or silenced.


Together, we can.
***
Written by Churchill Okonkwo