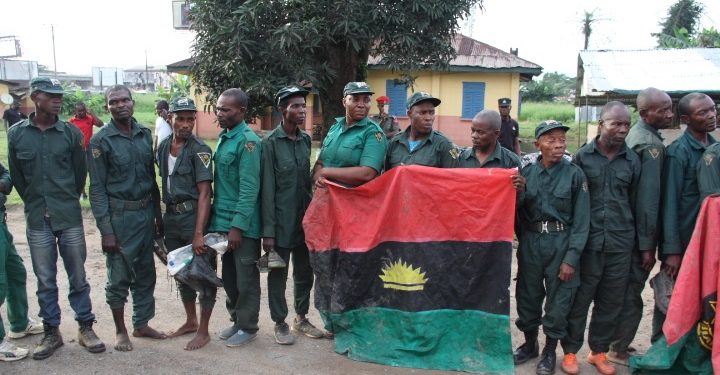 IPOB members arrested by the police
The leadership of 14Brigade Headquarters of the Nigerian Army, Goodluck Ebele Jonathan’s Barracks, Ohafia, Abia State has handed over 27 members of Pro-Biafra protesters to the State Command of the Nigerian Police Force (NPF).
According to TheNation, the pro-Biafra members who consist of 4 females and 23 males were arrested in Aba, the commercial nerve of the state while they were holding a protest.
Information gathered has it that group who marched round city were arrested by soldiers attached to Ngwa High School Forward Operation Base (FOB) under 144 Battalion Headquarters.
Sources at the army FOB told our reporter that pro-Biafra group claimed that they were members of the Biafran Army; an arm of the Indigenous People of Biafra (IPOB), a claim that the IPOB spokesman, Comrade Emma Powerful had in a press statement debunked.
According to a source at Ngwa High School army FOB, the group members were marching towards the Osisioma axis of the Aba-Owerri Expressway when they were accosted by the soldiers on duty.
The Army source which disclosed that a first aid box, charms and AK47 rifle belonging to a police sergeant that was killed in Aba last week were found in the possession of the group said “We got information from our men on the ground in the town that a group of IPOB members was demonstrating. On reaching our gate, we approached them with the aim of discouraging them from continuing with the protest.
“It was while we were talking to them, that one of the soldiers sighted one of them bringing out a gun from a sack bag. The soldier fired at him and we secured the gun. One of them that running away had a pistol fell off from him which he later picked and continued running away.
“Army doesn’t prosecute. It is the duty of the police to do so. IPOB remains proscribed and their activity is illegal. So, the hand over is to enable police to continue with the investigation and possible prosecution,” the army source stated.
Our reporter gathered that the pro-Biafra group members who were taken to Umuahia, the Abia State capital in a coaster bus would be arraigned in court after police may have concluded their investigation.
In a press statement by its Media and Publicity Secretary, Emma Powerful, the group while denying that those paraded by soldiers were IPOB members, however, said it behoves on it to demand their immediate release.
“While we maintain that those unfortunate victims seen on video being molested by Nigerian soldiers are not IPOB family members, we, nonetheless, demand for their unconditional release. If the reason for this blatantly stage-managed arrest and accompanying evocative and misleading press statement by the Nigerian army is to dent the global image of IPOB, then they have failed spectacularly.
“Those that Nigerian Army claimed they arrested are not IPOB family members. The only people moving around in Biafraland with illegal weapons such as the AK47 Buratai’s henchmen alluded to in their laughable press release are their fellow herdsmen.” 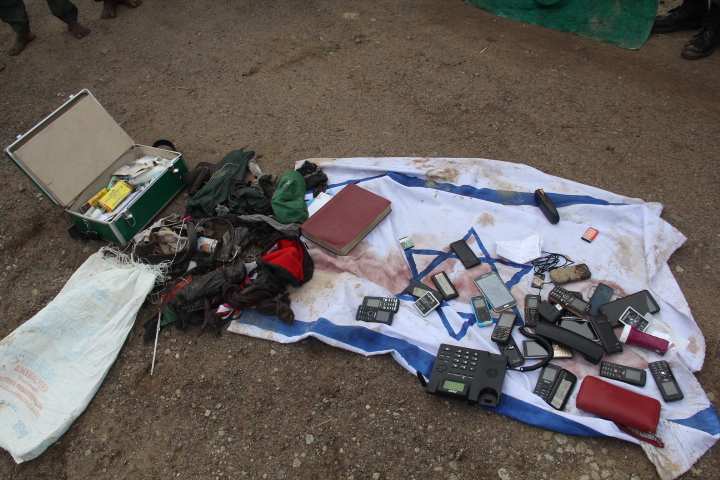 IPOB said it was very pathetic that the Nigerian Army would abandon her constitutional role of defending the borders and protecting the lives and properties of innocent citizens in Nigeria to descend to the level of hooding those who have decided to seek their legitimate right to self-determination.
Top Stories