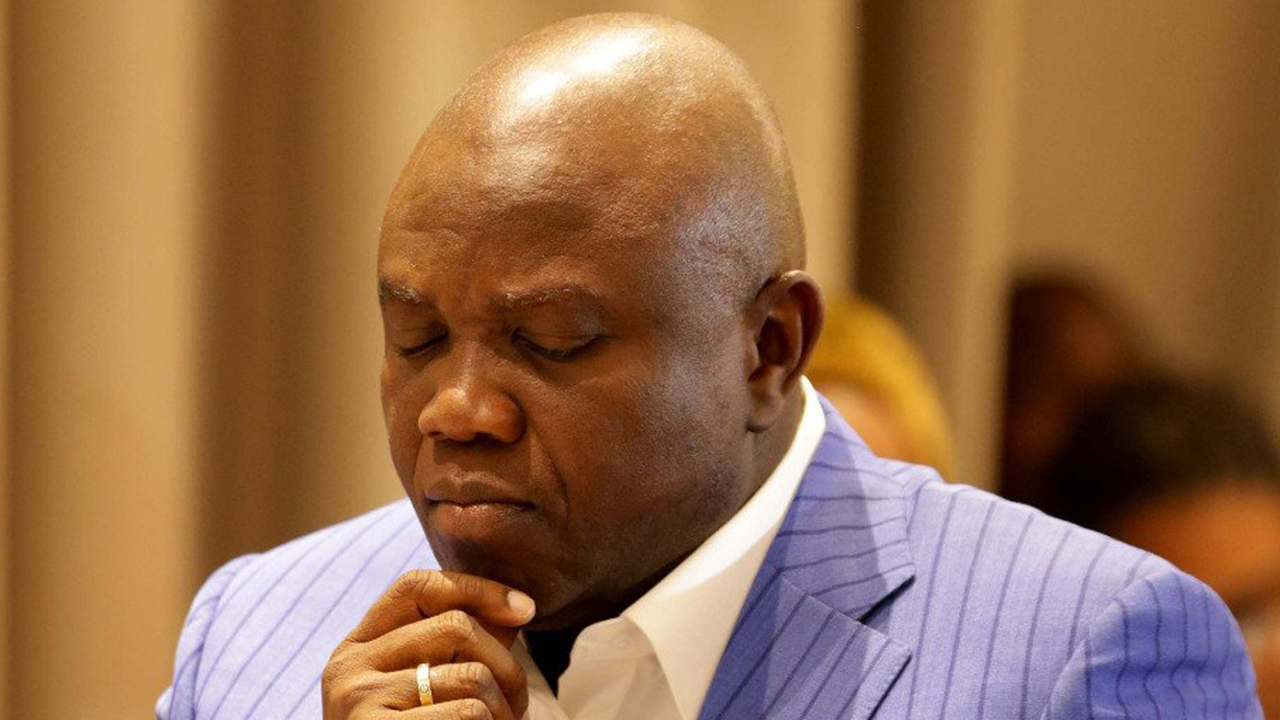 Akinwumi Ambode
PM News reports that the Lagos State House of Assembly on Thursday threatened to issue a warrant of arrest on the former Governor of the State, Akinwunmi Ambode and four others who served under the ex-governor as commissioners.

The decision followed two preliminary reports presented by two different ad-hoc committees set up by the House to investigate the 820 buses purchased by Ambode and to appraise the 2019 mid-year budget.

Presenting the preliminary report of a 9-man ad-hoc committee to probe the 820 buses purchased by the former governor, Chairman of the committee, Fatai Mojeed said that it was discovered that due process were not followed in the purchase of the buses.

“Over N48 billion was spent for the purchase of the buses and N22 Billion were spent on import duties. 520 of the buses are still at the seaport.”

Mojeed stated that the Accountant General of the state told the committee that she depended on the approval of Ambode for the purchase of the buses and that no payment voucher was made available to the committee.

“They could not produce any newspaper where the purchase of the buses were advertised. The committee invited 20 stakeholders, 16 of them complied, while four of them refused against the constitutional provision,” he added.

On his part, Gbolahan Yishawu, Chairman Adhoc Committee on mid-year budget review, alleged that the above mentioned commissioners were invited by his committee but refused to appear without giving any excuses for their absence.

Yishawu also claimed that the former governor gave some directives on spending without the approval of the lawmakers.

Reacting to the matter, some members of the House suggested that since the ex-governor and those officials who worked with him had been invited by the two committees and refused to show up, warrant of arrest should be issued on them.

Bisi Yusuf, the member representing Alimosho Constituency 1, told his colleagues that the House is empowered by the constitution to issue a warrant of arrest on the concerned individuals for their refusal to appear before the committees.

He advised that the concerned individuals should be invited through newspaper advertisements, stating that the ex-officials were likely to come across the publications.