Some police officers have allegedly broken the fence round a students' hostel to gain entry into it. 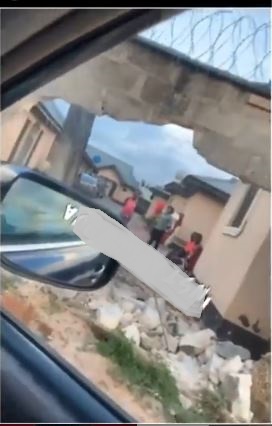 Police invade students' hostel in Delta
A video has emerged on social media showing how some police officers allegedly broke the fence round a students' hostel to force themselves inside the compound.

In the video, a huge hole is seen in the fence as a police officer stands by the gate.

Local reports show that the police officers suspected that some internet fraudsters were hiding inside the compound so they came to make arrests. However, when they arrived, the gate-man refused to open the gate so they forced their way into the compound by breaking the fence.

It is not certain if the officers eventually made any arrest.