'She Went From 16 To 22 In Months?' - Regina Daniels' Birthday Celebration Sparks Controversy


Fans have reacted to Regina Daniels' age as the Nigerian actress celebrates her birthday. 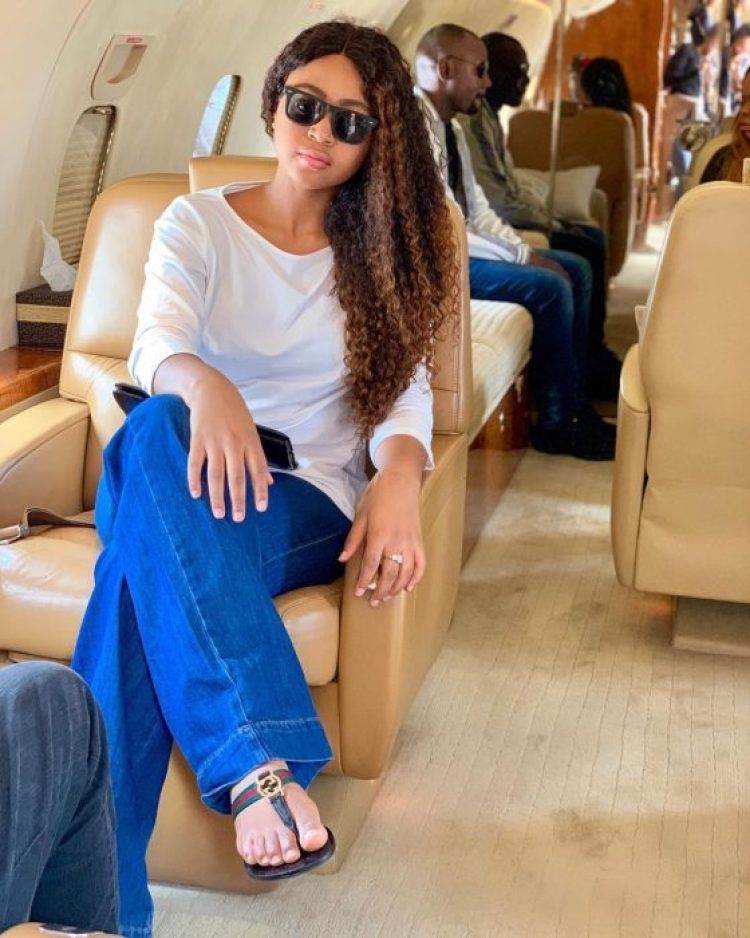 Regina Daniels
Nigerians have taken to social media to argue over the real age of Regina Daniels, Nollywood teen actress, as she celebrates her birthday on Thursday.

Ever since news of her alleged marriage to Ned Nwoko, businessman billionaire, surfaced on the internet, the film producer has become one of the most talked-about celebrities on social media platforms.

This time though, her politician and billionaire husband seems not to be directly involved in the argument as it concerns her age.

For some time now, the movie star’s age has been up for debate, as varying figures have been discussed on social media.

According to Wikipedia, Daniels was born on October 10, 2000 — which makes her 19 this year. However, there are unconfirmed reports making the rounds that she might be 22.

Though the authenticity of this claim can not be verified, it has taken centre stage on social media platforms especially Twitter.

Quite a number of users have taken to the microblogging platform to register their take on her age using hilarious memes and funny tweets.

“Regina Daniels went from 16 to 22 in a matter of months. The God of Thanos must have snapped his fingers in her life,” a user also said.

“Someone said Ned Nwoko dashed Regina Daniels some of his age,” another user said.

Here is what some Nigerians had to say: 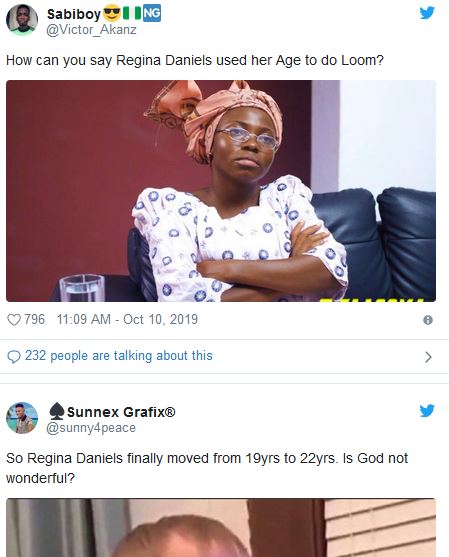 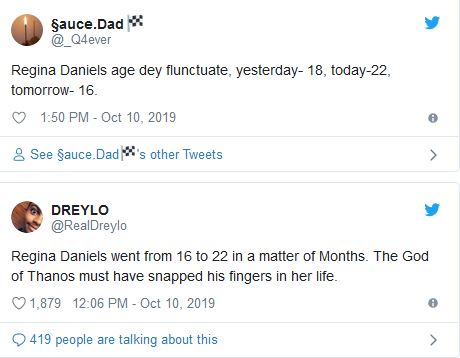 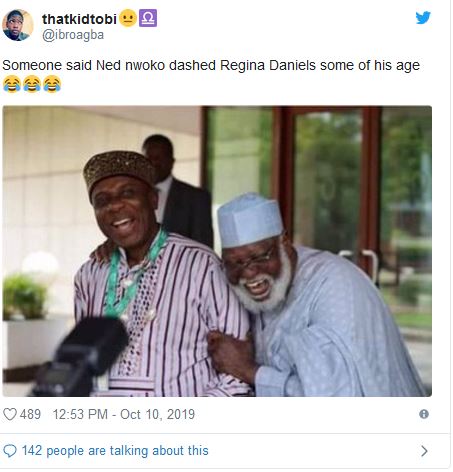 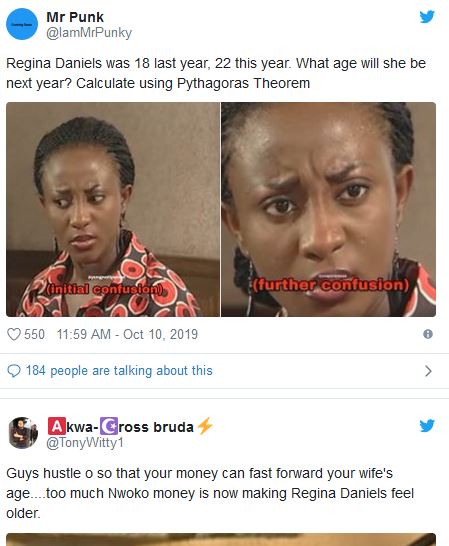 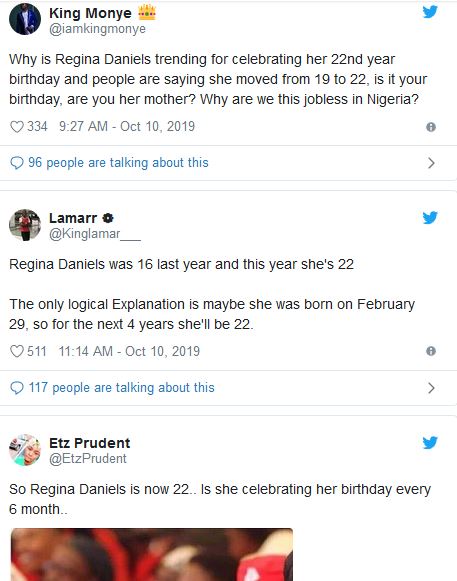 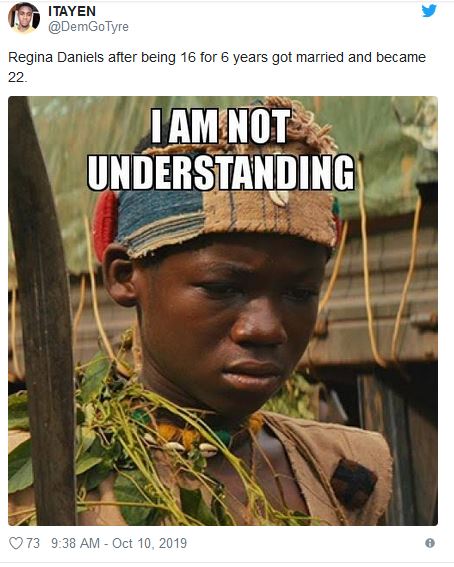