I Want To Be Lampard's Assistant - Mikel Obi 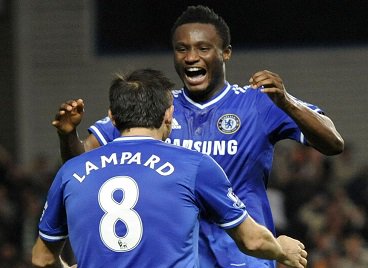 Mikel Obi and Frank Lampard
Former Nigeria midfielder John Obi Mikel has revealed he wouldn’t mind being Frank Lampard’s assistant at Chelsea when he retires, according to Sport Witness.
Both Mikel and Lampard were teammates at the Stamford Bridge for close to a decade winning several trophies together.
“I am very happy for Frank. When we were playing at Chelsea, we were expecting that John Terry and him would be very good managers, but we were expecting Terry to reach that level first. But Lampard made a big step. His arrival at Chelsea means the club are caring for their legends,” Mikel told Sport Witness.
“I joked with him after he got the Chelsea’s job that I want to be his assistant when I retire. I hope he will be successful at Chelsea for many more years. I also want to see John Terry in similar jobs in future because he was our leader on the pitch,” Mikel added.
Top Stories