Sex-For-Grades: I Offered Him Money But The Lecturer Insisted On S*x - IMT Graduate Confesses


A Nigerian woman who graduated from the Institute of Management and Technology in Enugu has told her sexual abuse story. 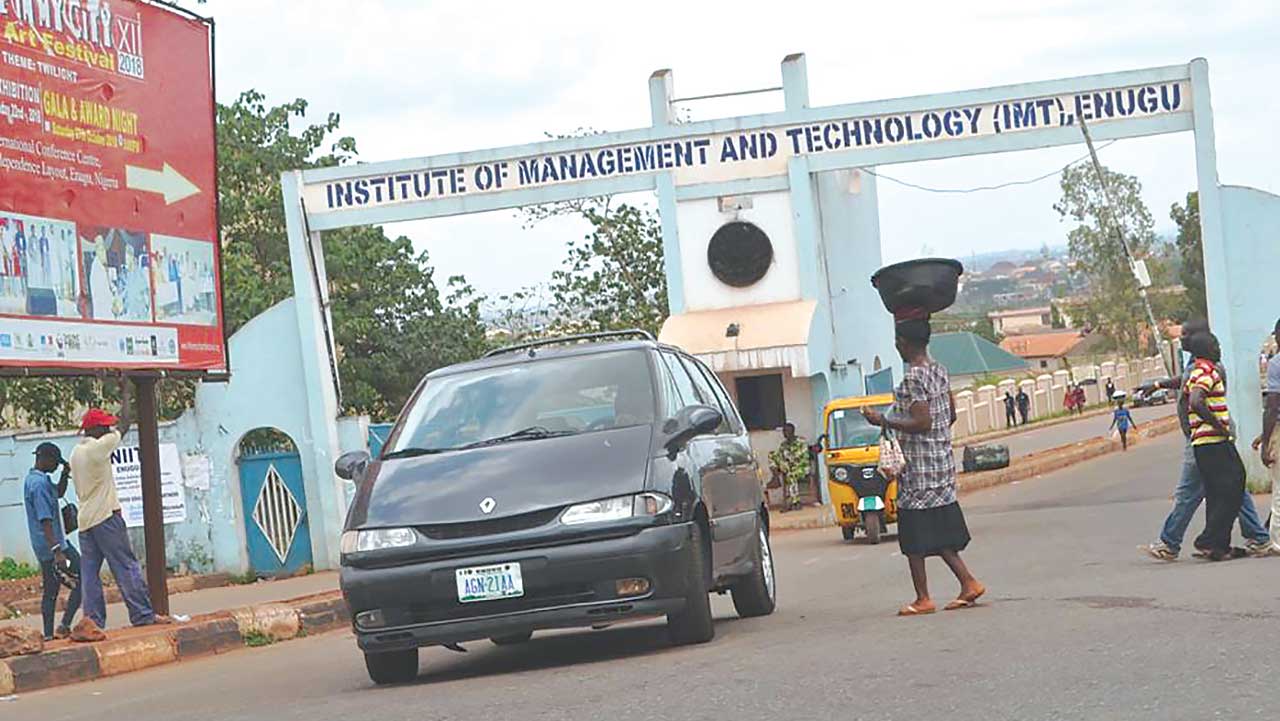 IMT gate
According to The Nation, a graduate of the Institute of Management and Technology (IMT), Enugu said a lecturer in the institution asked her for money and s*x to help her secure admission for a Higher National Diploma (HND).

She said she offered to double the amount of money asked by the lecturer for him to drop the sex demand but he refused bluntly.

She said: “It was six years ago. I came back for my HND and admission was so tight that you must give something to get it. I was referred to some lecturers who were running an admission racket.

”The particular one I approached agreed to help me secure admission. He was nice to me and even took me out for drinks and snacks. I thought I had met a God-sent until he reeled out conditions.

“He demanded to sleep with me in addition to a sum of money I would  pay him. This actually jolted me. I offered to give him double the amount of the money he mentioned in lieu of sex. He refused, bluntly.

“At a stage I was tempted to cave in due to pressure from my friends who introduced me to him and who got their admission through him.

“But luckily for me, the real God sent appeared from nowhere. It was just a chance meeting and I narrated what I was going through to secure admission for my HND.

“He then asked me must I do the HND there, that if I wanted he would assist me in getting admission at the Federal Polytechnic, Oko.

“I jumped at the offer without wasting time. He just picked his phone and made a phone call. “That was it. He asked me to meet a man at Oko the next day.

“I was there and then given the admission at Federal Polytechnic Oko without any amorous strings attached.”

The story appears different at the Enugu State University of Science and Technology.

Some of the female students said sex for grades is not as rampant in the school as money for marks.

One of them said: “I don’t think it (sex for mark) exists here now. It used to be but has been brought under control.