On June 1, Ruiz dropped Joshua four times before he stopped him in the seventh round at Madison Square Garden in New York City. 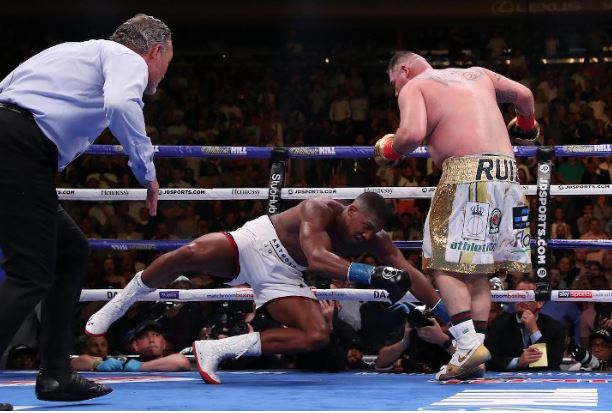 Andy Ruiz, the WBA, WBO, IBF, IBO heavyweight world champion, is training hard for his scheduled rematch against Anthony Joshua - which is scheduled for December 7 in Saudi Arabia.

On June 1, Ruiz dropped Joshua four times before he stopped him in the seventh round at Madison Square Garden in New York City.

"I have a lot of respect for Anthony, outside the ring he is a very good man. But inside [the ring] there are no friends, there is no respect or anything," Ruiz said to ESPN Deportes.

Ruiz is expecting a very tough outing the second time around, as Joshua vows to get revenge.

"It will not be an easy fight. I think it will be a hard fight, but nothing is easy in life, so we are training very hard. We will be prepared for whatever he bring," Ruiz said.

The first time around, Ruiz accepted the fight on late notice after Jarrell Miller was pulled after testing positive for a banned substance.

"I will arrive in better condition.... lighter, faster and more powerful. They will believe that in December they will win. People will always talk like this, but I have faith that we're going to win and shut up more mouths."

Ruiz also discussed the fact that he had received an invitation to compete in the next Olympic Games, and he of course ruled out the possibility of going. The IOC will allow pros to compete in the 2020 games in Tokyo.

"It's not for me, professional boxing is where I am. It's better for me to give the opportunity to other kids who have that dream of going to the Olympic Games," Ruiz said.
Top Stories