Toyin Abraham is still yet to congratulate Wumi Toriola on the arrival of her baby boy. 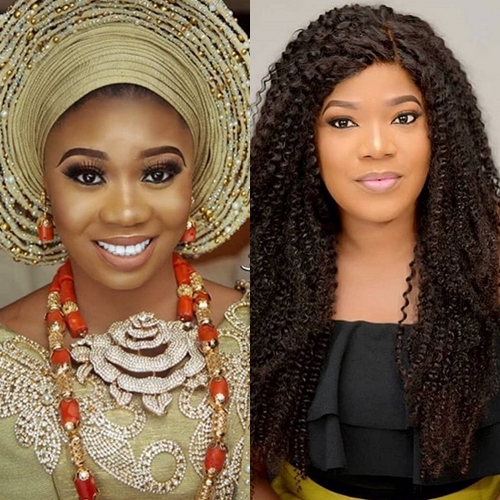 Toyin Abraham is yet to congratulate Wumi Toriola who recently welcomed a baby boy in the US.

Many celebrities have been on social media congratulating Wumi Toriola on the arrival of her baby. They also shared pictures showing her cuddling the baby while on the delivery bed at the hospital.

However, Toyin Abraham is missing in the list of actresses who have congratulated Wumi Toriola.

Recall that a few months ago, Wumi Toriola cried out after a fan of Toyin Abraham wished her death on Instagram.

This was after she shared a picture showing her with Seyi Edun, the wife of Adeniyi Johnson the ex-husband of Toyin Abraham. 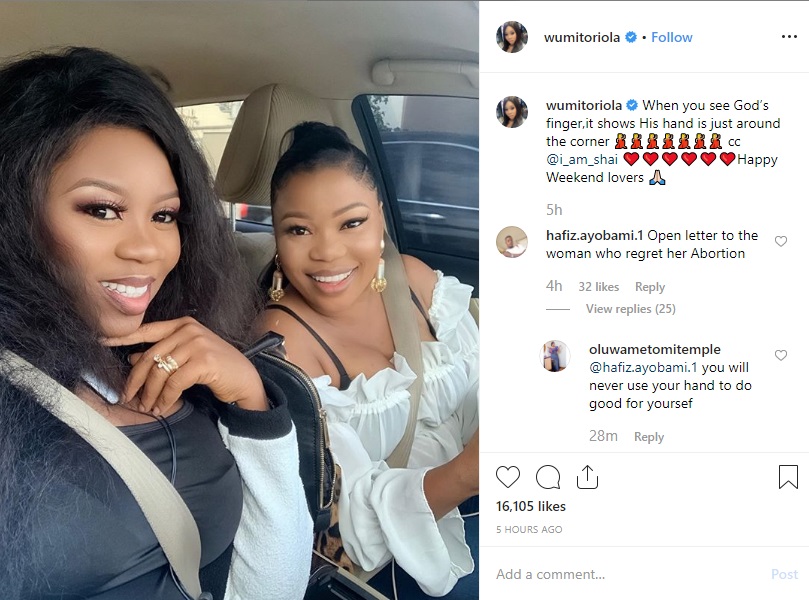 “When you see God’s finger,it shows His hand is just around the corner cc @i_am_shai Happy Weekend lovers”

While many fans complemented her for looking good in the picture, some were of the opinion that the picture was shared to show the world that she stands by Adeniyi Johnson and Seyi Edun over Toyin Abraham who recently got married to Kolawole Ajeyemi. See comparison of both couples HERE.

Recall that Wumi Toriola and Toyin Abraham have not been in good terms since a fracas occurred between them. Opening up to Sunday Scoop, Wumi Toriola said:

“After we shot Alakada Reloaded, we were in a hotel room and she slapped me. I was very angry and I would have hit her back if not that I loved her. After she slapped me, I walked out and went to another room. The following day, I expected her to apologise to me but she just told me to bring her belongings in my car. She was not apologetic at all.

“Before I got home that day, she had also told other people that she slapped me and I was upset that she was even proud of what she did to me. Because of that, I made a video on Instagram and I told her never to repeat such act; I just wanted her to feel sorry about her action. She then called some elders in the industry and those ones prevailed on me to bury the hatchet. So, I deleted the post online.”

It appears Wumi is yet to bury the hatchet with Toyin Abraham and would rather side with anyone not in good terms with her. This might be why she decided to share a picture with Seyi Edun just within the same period Toyin Abraham was trending on social media for her wedding with Kolawole Ajeyemi and the arrival of their baby boy.

Fans of Toyin Abraham who call themselves Toyin Titans were quick to read meaning to the picture leading to them attacking and wishing Wumi Toriola death during childbirth. She shared a screenshot of their comment and captioned it:

“Letter to Everyone,pls this is a Toyin Titan wishing me death during Labour just because of a love struck under a post ,This people obviously dont want peace if any thing happens to me its Toyin and Her Fans …..Toyin please leave me alone ,you are a mother now ,let me mother my child tooooooo”