I'm Not Living My Best Life - Don Jazzy Cries Out


Nigeria has over 90 million people living in extreme poverty and this has been giving worries to an influential personality. 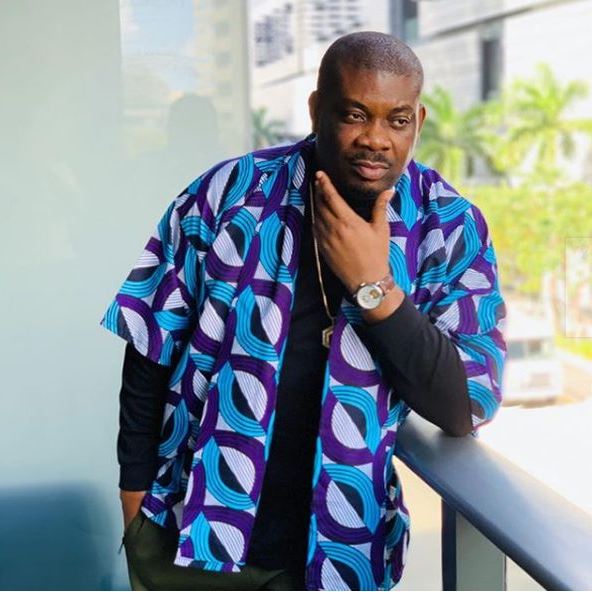 Music mogul, Michael Ajereh Collins A.K.A Don Jazzy has come out to say he’s not living his best life.

Don Jazzy might have the fame and affluence any young Nigerian person might be hoping to get but the Mavins boss has said there is more to that.

Don Jazzy complained about the state of the poverty in the nation and feels helpless in trying to help the situation and thus is not able to live his best life.

In a series of tweet he posted, he hinted that Nigerian’s standard of living is just ‘sad’. He is presently in Berlin, Germany for undisclosed reasons. 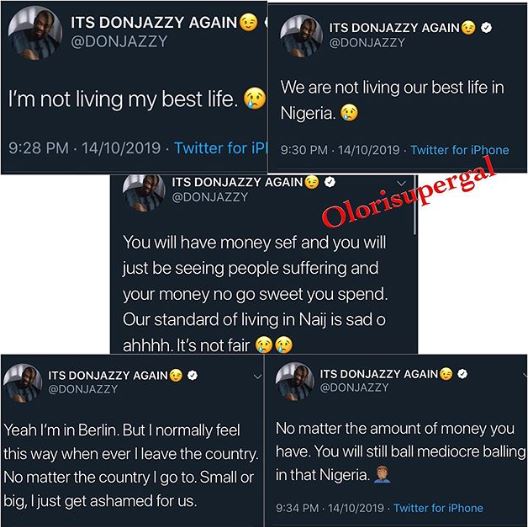