The 20-year-old goalkeeper sustained an injury in the Super Eagles' friendly outing against the Selecao on Sunday. 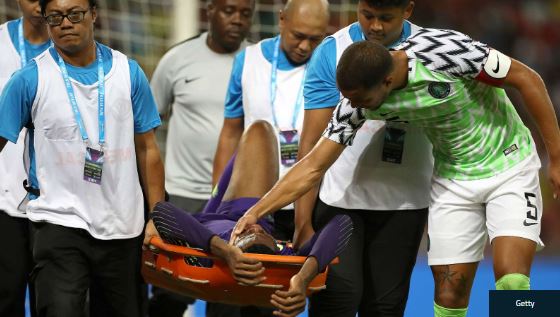 Francis Uzoho is set for a long period on the sidelines after sustaining an injury in Nigeria’s 1-1 stalemate against Brazil in Sunday’s international friendly.

The Super Eagles goalkeeper was stretchered off in the 62nd minute after he landed awkwardly while trying to contest for the ball inside his area.

His Cypriot club Omonia Nicosia have confirmed the 20-year-old ruptured his ligament which could see him sidelined for the long term.

“Francis Uzoho has been diagnosed with a rupture of the anterior cruciate ligament and external meniscus," read a statement on the club website.

“Rapid recovery and return to action Francis! The Omonia family are by your side.”

Uzoho has made five league appearances for the Queen since joining the Cypriot club on loan from Spanish side Deportivo La Coruna in the summer.

He was the first-choice goalkeeper at the 2018 Fifa World Cup but lost his place to Daniel Akpeyi at the 2019 Africa Cup of Nations.