The English defender's stunning attacking output across the 2018-19 season has been recognised. 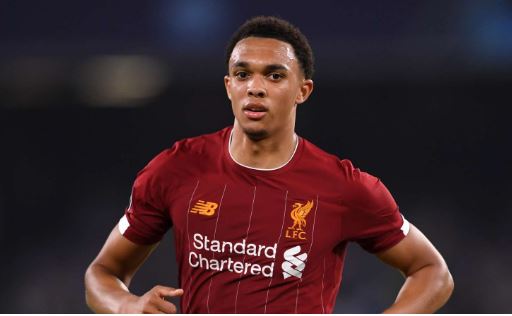 Trent Alexander-Arnold's name is officially in the record books with the Liverpool right-back snaring a place in the 2020 Guinness World Records collection.

The 21-year-old contributed an incredible 12 assists for the Reds last season in the Premier League to set a record for the most provided by a defender in a single season.

To make the achievement even sweeter, Alexander-Arnold has replaced Everton duo Andy Hinchcliffe and Leighton Baines as the new record holder in the process.

While 2018-19 was a very impressive campaign individually for the England international, he was quick to pay tribute to his team-mates, with Liverpool falling just one point short of the league title.

“It’s an honour. I’ve always wanted to go forward and help the team to create as many chances as possible," Alexander-Arnold said via The Mirror .

"It’s obviously down to the lads to put the ball into the back of the net, because football is a team game and without them this record wouldn’t be possible.

"It’s an unbelievably proud moment for me and my family, and something I hope will stand for a few years."

Alexander-Arnold also singled out two defenders in particular for allowing him to set the record.

Liverpool left-back Andy Robertson ended last season with 11 league assists himself, while Virgil van Dijk allowed both full-backs to get forward as he starred at centre-back.

“[Robertson] probably thought he had the competition wrapped up!" he said.

"Near the end of the season we both hit really good form, we were both getting lots of assists and it was good to help the team in those games that we needed to win.

"[Van Dijk] is a world-class player and the best I have played with. We benefited a lot last season knowing we have players like Virgil giving us the protection behind us."

The Reds right-back has begun the new season where he left off and already has two league assists to his name after eight matches.

Alexander-Arnold isn't the only footballer who's had their name added to the Guinness World Records book for 2020.

Lionel Messi's name is also unsurprisingly in the book again, too, this time for scoring the most goals in La Liga history.
Top Stories