A really angry woman has reportedly planted a snake charm on her the shop of her husband's mistress. 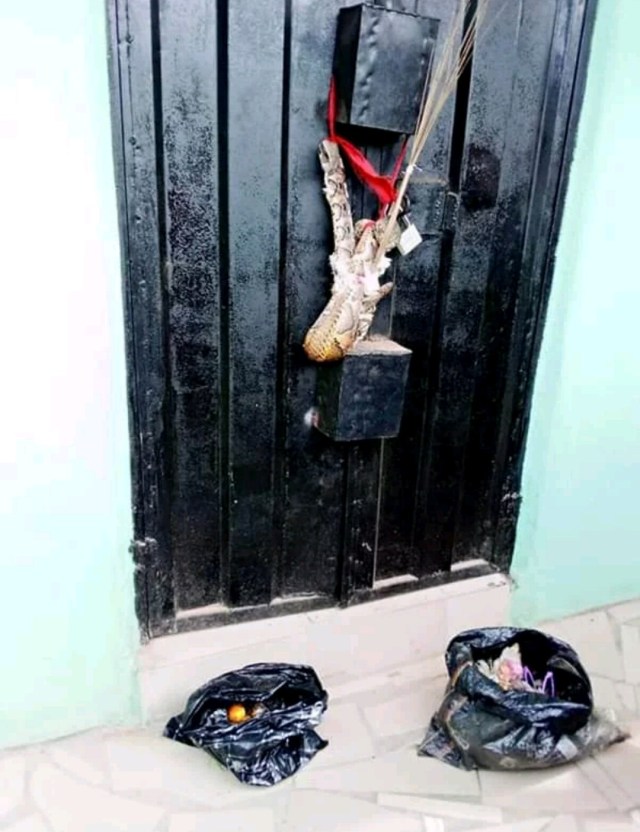 Serious pandemonium broke out along Efeizomor Street, Boji-Boji Owa, Delta early this morning when something strange was found in the area.

Local reports show that an angry wife stormed the shop owned by her husband's mistress on the street and allegedly planted a snake charm in front of the shop.

According to reports, the husband who is based abroad, abandoned his wife with three children for the young lady. His unhappy wife reportedly prepared the charm and placed it in front of the lady’s shop, to cast a spell on her and make her stay away from her husband.

See more photos from the scene of the incident below 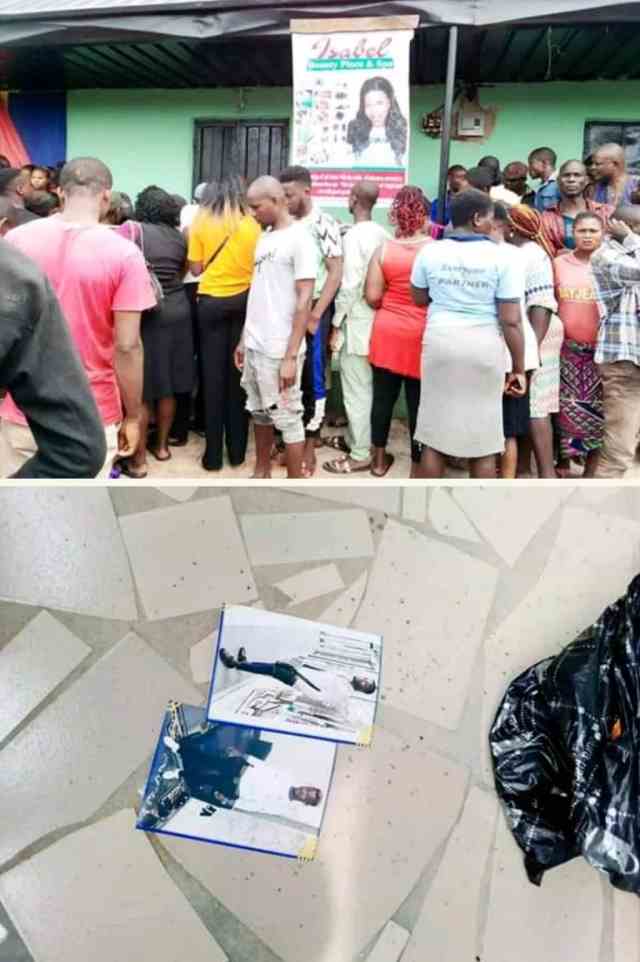