Story Of An Ex-Militant: From The Creeks To A Billionaire Farmer


Story of Tedheke, an ex-Militant from the creeks in Bayelsa to a billionaire farmer. 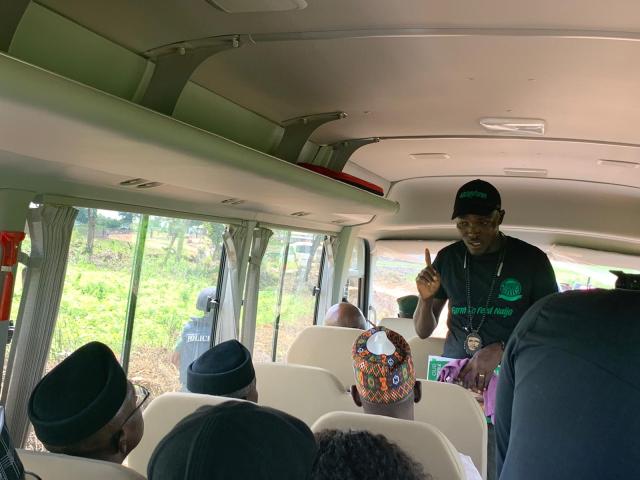 In 2017, when President Muhammadu Buhari sent Vice President Yemi Osinbajo to the Niger Delta to quell the rising tension in the region he didn’t know that he was not only creating the bedrock to a stable economy but he was opening the door to a new frontier.

Weeks after he left the Niger Delta, the tension and occasional assault on oil pipeline almost went extinct. It was as if he had used a magic wand from one of Harry Potters sold-out series. Peace enveloped the region and the falling oil prices which could easily have colluded with insecurity and uncertainty in the region quietly went away.

There was a new hope for Nigeria and he was rightly applauded locally and internationally for intervening at a time when things were most sensitive. But not only did he calm things in the Niger Delta, but he also opened an avenue for some of the ex-militants.

For those who have had the privilege to be in this same room as Prof Osinbajo, you’ll agree that he is the full package. He is a leader, father, orator, inspirational speaker, lawyer, pastor, teacher etc but most importantly is the fact that he loves Nigeria. He loves Nigeria so much that sometimes you wonder why? This he shares in common with President Buhari who has so much belief in him that he sent him to deliver a Holy Grail. But that is a story for another day.

While addressing the then militants, Prof Osinbajo told them that there is a new oil well in Nigeria and he explained that if they can carefully mine it, they will have gold on their hands. That oil well was agriculture and in the audience was a certain entrepreneur, Reston Tedheke.

At the time, he was an ex-militant but the entrepreneur in him was always going to come out, it only needed an inspirational speech and an outlet from the erudite professor of law.

Oh boy, did that speech work? Yes, it did. It worked like magic. He caught the bug right there and he knew in his mind what he was going to do to put himself on the billionaire list.

Born in Delta state but resident in the creeks in Bayelsa, Mr Tedheke made his way to the north of Nigeria, for Nasarawa state. If you say Nasarawa state chose him then you are right but if you say he chose Nasarawa, you are also right.

It was a partnership made in heaven, and only him and the people of Ga’ate community in Nasarawa can explain how they have blossomed over the last few years.

On arriving at Ga’ate, the people took to him, they saw something him and at that point, they knew they were going to make history together. While still getting to know his new surroundings, Mr Tedheke was gifted three hectares of land to start his new adventure.

This is nothing like the creek, where he needed to learn a new language, meet new people, develop new relationships and make history if he could and somehow all these happened before he could even say, Jack Robinson.

As it is with most successful people, Mr Tedheke embraced his humble beginning and got straight to work. All the distractions available in the creek were no more, now was the time to work and make a name for himself and the community that had been so generous to him.

He had heard that President Buhari was determined to diversify away from crude oil and that he had his eyes on agriculture especially rice, which Nigeria had to potential to produce for its near 200 million population and also export to other countries.

The first farm produce was, therefore, rice and he did get it right. First, he showed how selfless and patriotic he was by branding the rice Ga’ate, after the community that had given him a home and the needed piece of land to start off.

This legacy will never go away, the actions by the community and Mr Tedheke showed that Nigeria is stronger together and that there is more to achieve collectively.

This was not a relationship based on ethnicity, religion or tribe but one built on ‘will’ and the Nigerian spirit that cannot be broken. Hand in hand, they started from 3 hectares to 3,000 hectares.

Mr. Retson then went on to found National Farmers Group and Cooperative Society Ga’ate, Nasarawa, a cooperative that currently supports over 500 farmers and 400 workers.

Reflecting on his achievements in Nasarawa, he said, “We did it by being true Nigerians and developed it close to Abuja so anyone can see what we do. I’m originally from Bayelsa state, born in Delta state, now I live here and the Governor (of Nasarawa) is my Governor,” an emotional Tedheke said.

The business that started with N1.5 million is now worth a billion naira. With about 300 to 500 workers on the farm from across the country and hundreds more in indirect labour, Ga’ate is gradually becoming a community to reckon with and is finding its way on the global map.

The limelight beamed on Mr Tedheke and Ga’ate when Vice President Yemi Osinbajo paid the farm a visit on 17 October 2019 and even he was blown away by how the words and mediation of 2017 have germinated into the next big thing.