The Mamman Daura I Know By Shango


That Mamman Daura chose to pursue entrepreneurship in carpentry and thereby establishing a furniture factory, KFCC, in Kaduna, was a great surprise to us. 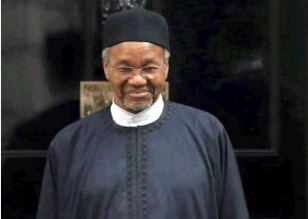 Recently, I heard a group of people discussing vehemently about the “uncomplimentary” role of Mamman Daura in the Buhari administration. They attributed everything bad to Malam Mamman Daura, my mentor, boss, friend, former editor and Managing Director at the New Nigerian Newspapers in Kaduna. I moved close to them and tried to explain to them about the Mamman Daura I know.

I had been at the New Nigerian for a number of years before Daura came in, at which time I was the Personal Assistant to Malam Adamu Ciroma, who had just taken over from Mr Sharp as the Managing Director.

I was moved from Ciroma’s office back to the editorial department to work with Daura, this time as a senior reporter.

First, let me commend the decision of Daura to leave the office of the Premier of Northern Nigeria, where he was an administrative officer to join the New Nigerian. Journalism at that time was not considered anything worth throwing away such a job to take up.

Daura, (a Muslim) who attended the Trinity College (a Catholic University in Dublin, Ireland) had returned to Nigeria with two degrees; one in Economics and another in Public Administration. He could have got any job for the asking but rather decided to try his hands on newspaper reporting.

I recall that there were few university graduates at the newsroom of the New Nigerian, some of whom had come in only to see what it was like to be a journalist but left immediately after looking into the newsroom. Those of us who stayed on in the New Nigerian were indeed not university graduates at that time. I recall Dan Agbese, Clement Ende, Yakubu Abdul-Aziz, myself, just to mention a few.

Among the more experienced ones was Mr. Clement Isaiah, father of Sam Ndah Isaiah (founder and Chairman of Leadership Newspaper). It is noteworthy that although the young Isaiah initially trained as a pharmacist, but because the blood of journalism ran in the family he had to meander back to establish one of the most thriving newspapers in Nigeria today.

There was Malam Sani, father of Senator Shehu Sani, who was definitely an expert in composition. I must also mention Mr Rasaq Aremu who was the editor-in-chief and later succeeded by Mr Clement Isaiah and of course there was sub-editor guru, Mr Yakubu Ali.

Malam Daura learnt the ropes of journalism very fast and before we could know, he took over the writing of daily editorial, the famous Candido column and very powerful feature articles. He was regarded at that time as one of the sharpest minds north of the River Niger and could very well be compared with others like Dr Jubril Aminu, Dr Mahmud Tukur, Dr Ibrahim Tahil, Professor Iya Abubakar and Dr Bala Usman, to mention a few.

He was a key Nigerian patriot and contributed in no small way to prosecuting the Nigerian civil war behind his pen, in the same manner that other northern patriots like Adamu Ciroma, Baba-Gana Kingibe, Alhaji Abba Zoru, Patrick Iyoher and others did.

I was closely attached to Malam Daura; ethnicity and religion were not part of his life. He treated people based on their performance and character. Daura nominated me for training programmes among many Hausa, Fulani and Muslim reporters in the New Nigerian. When the Federal Government bought over the shares of the Daily Times of Nigeria, he nominated me, a Christian minority, to serve as Director of the Daily Times under the Chairmanship of the late Alhaji Magaji Dambatta, another detribalised northern Muslim journalist from Kano State.


The job at the Daily Times was one of my most challenging moments. This was one of my most challenging jobs. In the cause of balancing the Daily Times, we had to relieve various good and hardworking journalists, like Olusegun Osoba, who later became the Governor of Ogun State, the late Dale Giwa, Chief Tony Momoh and Chief Olu Onagoruwa, of their jobs.

We also had to bring on board very unknown journalists like Ray Ekpu from the Chronicle Newspaper, Cross River State, who later became one of the most famous journalists in Nigeria; Felix Audu, from Benue State, and quite a number of other journalists, into the stable of the Daily Times.

I recall that I was to travel to Makurdi on an official duty during the civil war and Malam Daura insisted that because of the dangers of the civil war, I had to stay in the house of his nephew, then Col. Muhammadu Buhari, who was the Commander of the Brigade in Makurdi. Col. Buhari, perhaps knowing the activities of a young reporter like me and considering the strict discipline that prevailed in his house, decided to hand me over to his adjutant, Major Dauda Suleiman, who took me to the officers’ mess but kept a keen eye on me, so no harm would come my way.

In order to complete his assignment of keeping me safe, Buhari personally decided to drive me to Kaduna when my assignment was over. I must say that Buhari loved driving and would not allow his driver to drive from Makurdi to Kaduna. His driver was by his side while I sat behind with his younger brother, Sani, then a student at the Government College Kaduna.

As fate would have it, we had a ghastly motor accident somewhere between Keffi and Kachia. But what keeps lingering in my memory was that, when Buhari came out of the car, he called my name, “Simon, Simon, hope you are alright” and he did not even mention his brother’s name, Sani. This was all in a bid to accomplish the wish of his nephew, Malam Daura, to ensure that no harm comes to me.

In the cause of my working as a reporter under Mamman Daura, I got into troubles; one was a result of a story I wrote on Zaria Tarpaulin Industry which insinuated that government officials had received bribes of Mercedes Benz cars from the proprietor, an Indian business man.

The then Governor in Kaduna, Col. Abba Kyari, approached Mamman Daura that he should produce me for detention. Instead of producing me, Mamman Daura arranged for me to go to Port Harcourt to attend a meeting of Nigerian Union of Journalists and stay there until the trouble was over.

Malam Adamu Ciroma and Malam Mamman Daura taught us honesty and probity while we were with the New Nigerian. Rumour has it that Malam Daura was forced to move from the Premier’s office because he would not wear agbada or babariga to work throughout his stay in the New Nigerian as was customary with old northern senior officers. He wore suit and we often referred to him as “Mamman Bature”.

That Mamman Daura chose to pursue entrepreneurship in carpentry and thereby establishing a furniture factory, KFCC, in Kaduna, was a great surprise to us. At that time, people of Mamman Daura’s standing only needed to move to Abuja or Lagos and could make billions of naira as agents connecting people with government. That was the nature of hard work, Mamman Daura imbibed in us.

He later took over from the late Sultan Dasuki as the Chairman of African International Bank, a completely unknown banking establishment, and nurtured it to become very profitable, employing hundreds of people. Rumour has it that when working capital of banks was moved to N25bn, Mamman Daura could not raise that capital because of his honesty; when banks with lesser pedigree crookedly raised that capital in no time.

Today, Mamman Daura is the same as he was yesterday. His residence in Malali, Kaduna State, is a simple bungalow and even though he produces furniture, the seats in the living room are ordinary and people waiting for him outside sit on the bench. Though his nephew is the President of the Federal Republic of Nigeria, he lives in a bungalow outside the Villa with little security. Just like his Kaduna residence, visitors sit on the bench outside the house, while the inside has ordinary furniture like the one in Kaduna.

Malam Mamman Daura is a sound economist and he ran the New Nigerian with sound prudence that made profit for the newspaper during his time. While in the New Nigerian, he did not have a car of his own except the official 404. His official residence at then Dawaki Road (now Isa Kaita Road) was the same bungalow like that of any other senior staff even when he became the Managing Director of the newspaper.

I have no doubt that Daura has brought sound economic advice to his nephew’s government that has added value to the quality of government. This is the Daura I knew. I believe he is still the same today and will be the same tomorrow.

Shango is a farmer in Pika, Gboko L.G.A. of Benue State