The organisation's spokesman, therefore, called on Umahi to immediately rescind his decision. 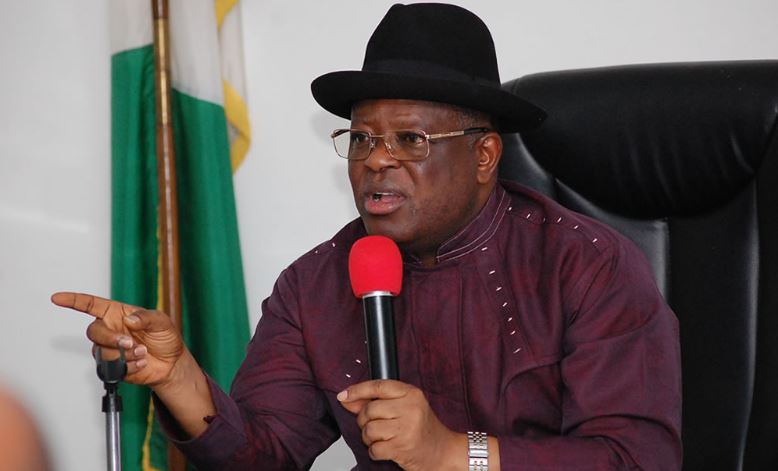 Organisation of Ebonyi State Indigenes in the Diaspora (OESID), has criticised the decision of Gov. Dave Umahi of Ebonyi to establish grazing reserve settlements for herdsmen in the state.

The organisation, in a statement signed by its Spokesman, Mr Pascal Oluchukwu, in Abuja on Sunday, urged the governor not to impose herders’ programme on Ebonyi’s ancestral land.

According to Oluchukwu, if the governor refused to back out of his plan to impose the programme in the state, he should be ready for some unpalatable backlash from the people.

“We, the peace loving people of Ebonyi State, will not allow Governor Umahi to mortgage our future in his blind support for the Federal Government abhorrent agenda.

“This shows that the governor is pursuing his personal ambition after his tenure ends in 2023.

“We cannot accept such dictatorial posturing from a man that was only given a limited time and democratic mandate to lead and not to rule,” he said.

Oluchukwu, who described herders’ settlement as an outlandish programme, said that it is a sovereign one that cannot be taken by the governor without recourse to the people of the state, where the real sovereignty resides.

The organisation’s spokesman, therefore, called on Umahi to immediately rescind his decision.

He urged the governor to appreciate the true essence of democracy by allowing Ebonyi people to express themselves freely.

“The way and manner the Ebonyi state governor has been cowering and intimidating Ebonyi politicians shows that he does not value democracy.

“Sacking politicians and condemning stakeholders with differing views and opinions is a trait common to dictators and not acceptable attribute of freely elected democratic leaders.

“We cannot take Umahi’s degradation and oppression against the people of Ebonyi,” Oluchukwu said.

The state government is yet to react to the allegations and threat by this group.
Top Stories