N6.9bn Fraud: 'How I Received Money For Fayose At The Akure Airport' - Banker Reveals In Court


A Nigerian banker has revealed how he received money on behalf of former Ekiti State Governor, Ayodele Fayose, at the Akure Airport in Ondo State. 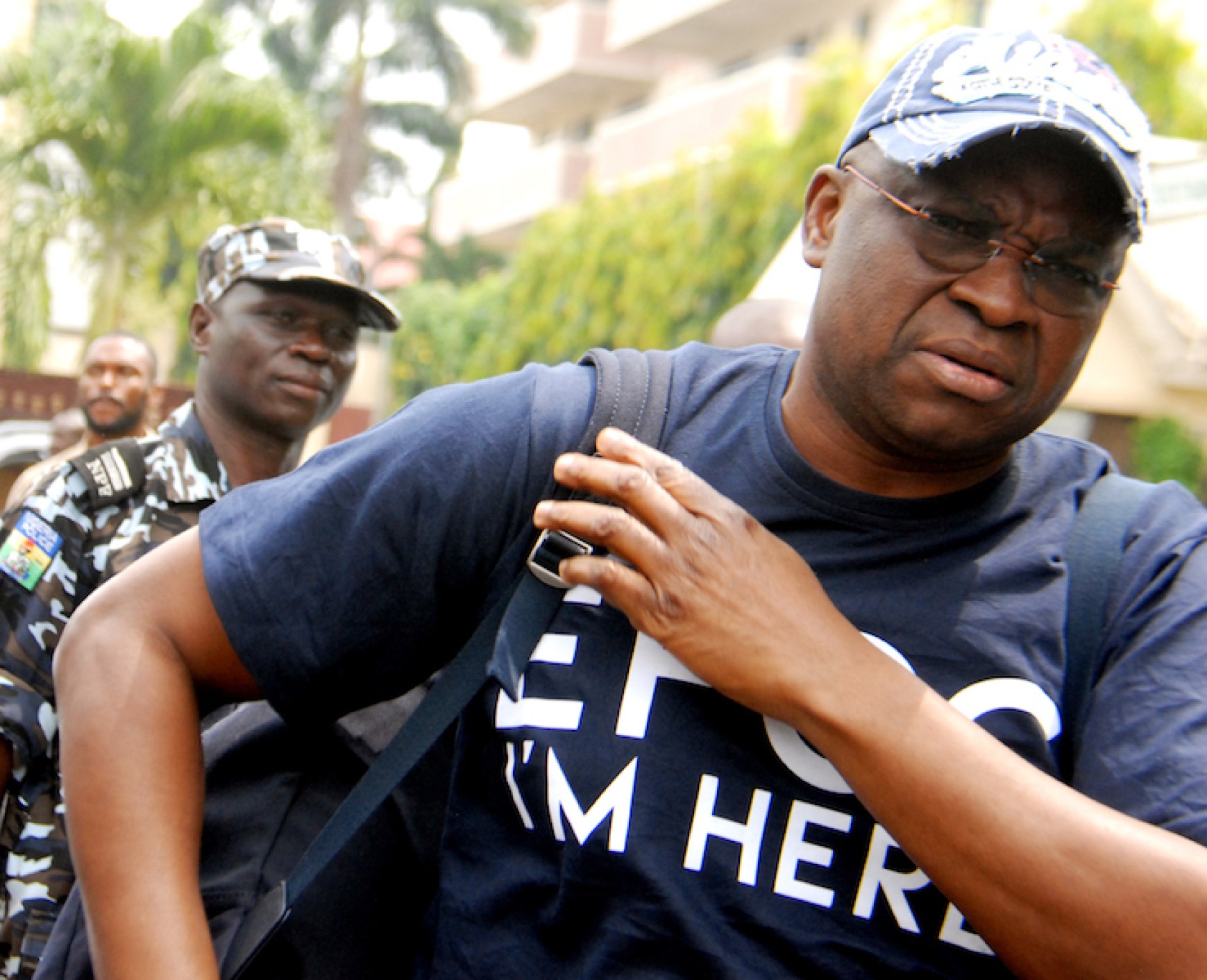 According to a report by The Nation, a banker, Mr. Lawrence Akande, Monday told a Federal High Court in Lagos that sometime in 2014, he received money on behalf of former Ekiti State Governor, Ayodele Fayose, at the Akure Airport in Ondo State.

Fayose being prosecuted by the Economic and Financial Crimes Commission (EFCC) on an alleged N6.9bn money laundering charge.

Akande, a banker with Zenith Bank Plc, testified as the first prosecution witness.

He said the bank received deposits in tranches from the embattled ex-governor after it solicited patronage from him.

Fayose was arraigned on October 22, 2018, before Justice Mojisola Olatotegun, alongside a company, Spotless Investment Ltd, on 11 counts of fraud and money laundering offences.

He pleaded not guilty and was granted N50 million bail on October 24, 2018, with two sureties in the like sum.

The defendant was re-arraigned before Justice Chukwujekwu Aneke, on July 2.

He repeated his plea and was allowed to continue on the earlier bail granted, while the case was adjourned for trial.

At the resumption of proceedings Monday, Mr Adebisi Adeniyi announced appearance for the prosecution while Messrs Ola Olanipekun (SAN) and Olalekan Ojo (SAN) appeared for the first and second defendants respectively.

During examination-in-chief, the witness said he supervised 20 Zenith Bank branches in the three states of Oyo, Ogun and Osun.

According to him, Fayose maintained three accounts with the bank, namely; Spotless Investment, De Privateer, and Fayose’s personal account which he said is domiciled in Apapa.

Akande told the judge that in June 2014, he received a call from the Fayose informing him that there would be a business transaction in Akure.

The witness called one Biodun Oshode, who was based in Akure as Zonal head of the bank, to handle the transaction.

Under cross examination, the witness explained that it was his bank that solicited for patronage from the defendant.

Narrating how the patronage was sought, he said: “He has always being my governor, and yes, as a good zonal head of my bank I solicited patronage from him.”

Defence: “You knew the defendant (Fayose) to be someone of high net worth through whom you got sufficient funds into your bank?

Witness: “Yes….A man of low means does not become the governor of a state…

He also told the court that he received a call from the Fayose to pick up money from the Akure Airport, sometime in June 2014.

According to the charge, on June 17, 2014, Fayose and one Abiodun Agbele were said to have taken possession of the sum of N1.2 billion, for purposes of funding his gubernatorial election campaign in Ekiti, which sum they reasonably ought to have known formed part of crime proceeds.
Read Also; Court reinstates Six Fayose’s lawmakers, sacks Fayemi’s loyalists

Fayose was alleged to have received a cash payment of the sum of five million dollars, (about N1.8 billion) from the then Minister of State for Defence, Sen. Musiliu Obanikoro, without going through any financial institution.

He was also alleged to have retained the sum of N300 million in his account and took control of the aggregate sums of about N622 million which sum he reasonably ought to have known formed part of crime proceeds.

Fayose was alleged to have procured De Privateer Ltd and Still Earth Ltd, to retain the aggregate sums of N851 million which they reasonably ought to have known formed part of crime proceeds.

Besides, the defendant was alleged to have used the aggregate sums of about N1.6 billion to acquire properties in Lagos and Abuja, which sums he reasonably ought to have known formed part of crime proceeds.

He was also alleged to have used the sum of N200 million, to acquire a property in Abuja, in the name of his elder sister Moji Oladeji, which sum he ought to know also forms crime proceeds.