Osinbajo Spotted Handing Over His Cap To A Curious Boy (Photos)


Vice President, Yemi Osinbajo has been caught on camera handing over his cap to a little boy. 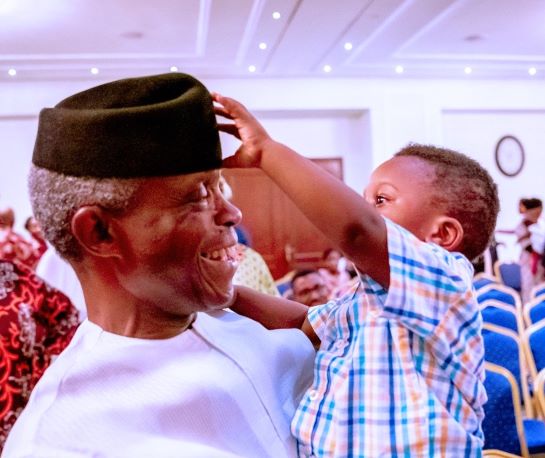 Vice President Yemi Osinbajo has ceded his cap to a curious toddler — even if for a brief moment.

A series of photographs tweeted by the VP’s official photographer, Tolani Alli, via his Twitter handle @tolanialli on Monday, shows a curious boy who the VP is holding.

Alli did not state the venue of the event or the occasion, but the VP is seen playing along with the boy, who fiddles with his cap.

To satisfy his young ‘friend’s’ curiosity, the VP takes off the cap and wears it for the child.

The boy is visibly elated.

Even after the VP collects the cap and wears it again, the baby boy seems satisfied that he has, at least, had a feel of what it means to wear the VP’s cap. 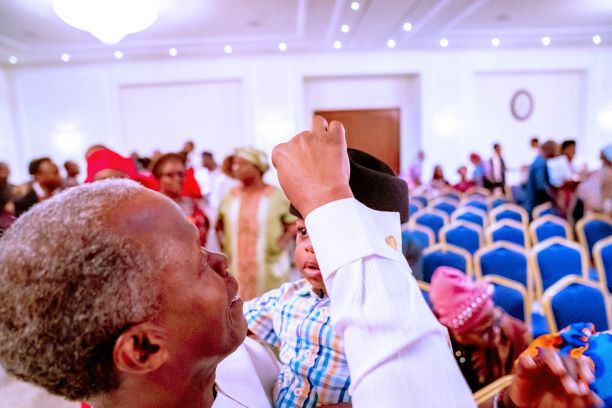 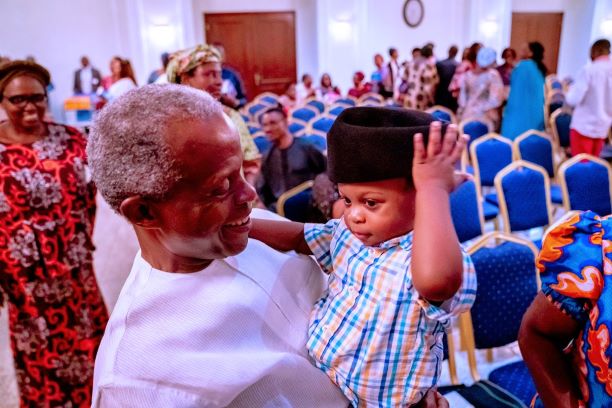 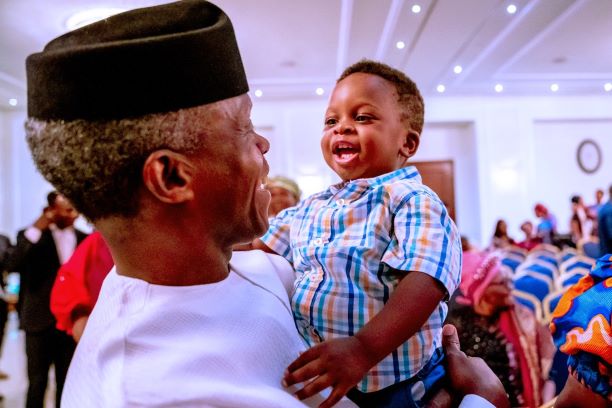