A plane has gotten stuck in mud for as many as two days after skidding off the runway at an airport. 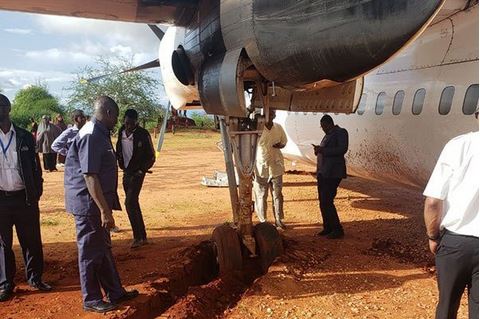 The plane in mud

An airplane has been stuck in mud for two days at Takaba airstrip in Kenya, after skidding off the airport's runway during takeoff.

The airplane owned by Radufu Air had dropped off passengers at Takaba airstrip on Sunday evening and was bound for Mandera when it skidded off the runway.

30 passengers on board the airplane have been evacuated as effort to pull it out of the mud was futile. 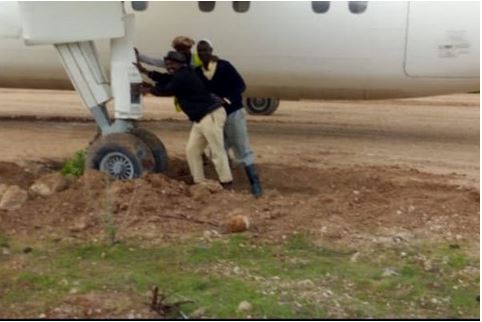 The incident has been blamed on the poorly maintained airstrip. Mandera West deputy county commissioner Kipkoech Labatt who confirmed the incident, said there are plans to bring in a tractor to pull out the jet after earlier efforts of using a police car failed.

“All the passengers are safe and they will fly to Mandera once the plane is pulled out of the mud,” he said.