Another torture rehabilitation centre has been reportedly uncovered in Zaria, Kaduna State. 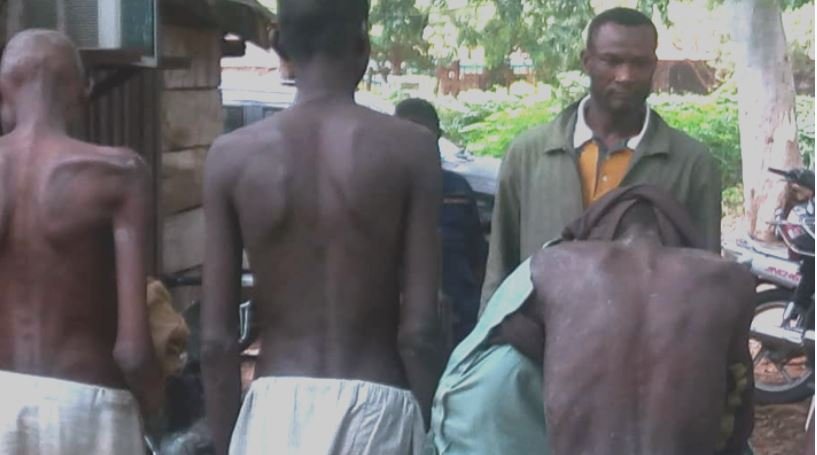 The Nation reports that another torture rehabilitation centre has been uncovered in Zaria, Kaduna State.

The latest discovery is barely 72 hours after Governor Nasir El-Rufai led a raid on a similar centre in Rigasa, Kaduna.

No fewer than 11 inmates, some chained in legs and hands, were rescued following a tip off.

“We busted two of the centres, Limanchi corner and Marmara centres all in Zaria and evacuated 11 inmates ranging from 11-40 years from the two centres while one other centre had released their inmates following information that other centres has been busted but we arrested the operator,” he stated.

He said operators of the centre, five of whom have been arrested alongside the victims, will be handed over to the Ministry of Human Services and Social Development for necessary actions and prosecution.

Kaduna Deputy Governor, Dr. Hadiza Balarebe, who arrived the headquarters of the NSCDC in company of the Commissioners for Internal Security and Home Affairs, Mr. Samuel Aruwan and his Human Services and Social development counterpart, Hajia Hafsat Baba condemned the inhuman treatment of the inmates.

She took brief from the inmates who narrated their ordeals at the centre and operator of the centre.

She told reporters the government will take necessary actions against the operators while the victims will be provided necessary medical care before handing them over to their parents.

She urged parents to desist from taking their wards to such centres, threatening they would also be made to face the full wrath of the law.

One of the victim, Abdullahi Aliyu Ishola, 30, from Osun state said, a family member just took him there.

He said all of a sudden he was chained in his legs and hands and ever since then subjected to all manners of inhuman treatment, including regular beating and starvation.

Ishola, who claimed to be a National Diploma holder of Mass Communication from Iree Polytechnic in Osun State, thanked God that they were finally rescued.

The operators of the centres however claimed that the inmates were brought to them by their parents for help but denied beating them.