Revealed! How Lagos Gov't Is Planning To Punish All Traffic Offenders Caught In The Act


The Lagos state government is planning to punish all traffic offenders in a particular way. 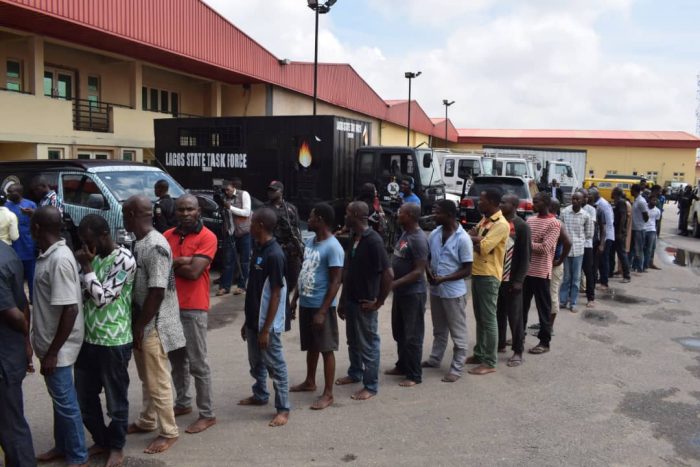 According to a report by Punch Metro, the Lagos State Task Force on Environment and Special Offences (Enforcement) Unit on Tuesday arraigned 37 traffic offenders before the Special Offences (Mobile) Court in Oshodi.

The defendants were arraigned on offences bordering on driving against traffic, driving on the BRT corridor, plying the highway with motorcycles, and endangering the lives of other road users.

The state Attorney-General and Commissioner for Justice, Moyosore Onigbanjo, who led the prosecution team, said the offences were punishable under Section 66 (b) of Lagos State Transport Law, 2012.

He said, “The present administration has zero-tolerance for the violation of the law. The state will continue to prosecute traffic offenders until sanity is restored on our roads and law-abiding citizens are allowed to commute without being impeded by unlawful individuals.”

Magistrate Omobola Salawu sentenced the defendants to 100 days of community service and fines ranging from N15,000 to N20,000.