The Story Of Egbegbe, The Nigerian Actor Who Is Yet To Meet Bail Conditions 31 Months After Arrest


The story has been told of Seun Egbegbe who has been unable to meet bail conditions some 31 months after his arrest. 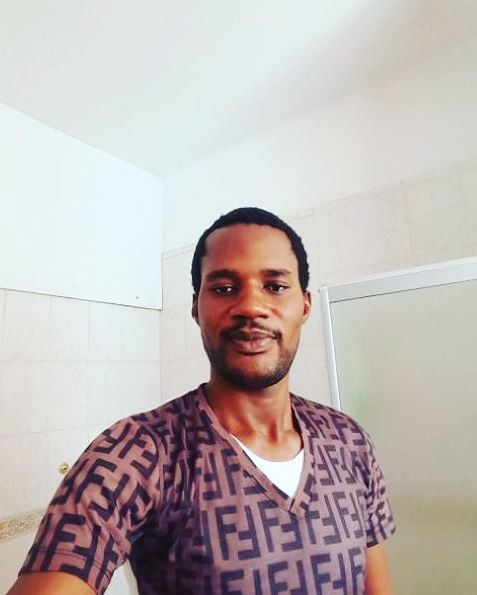 Embattled Yoruba filmmaker, Olajide Kazeem, aka, Seun Egbegbe, has spent 31 months in prison custody due to his failure to perfect his bail conditions.

The erstwhile Lagos socialist, known for his lavish lifestyle, has been incarcerated since February 10, 2017.

Egbegbe, 43, a controversial figure in the Yoruba movie industry was arraigned by the police for alleged fraud involving N39 million; $90,000 and £12,550.

The spokesperson for the Lagos State Command of the Nigerian Correctional Service, Rotimi Oladokun, also confirmed that the filmmaker is still being held at the Ikoyi prisons.

“It is not our fault. The N5 million bail bond is yet to be paid neither have any sureties come forward,” Mr Oladokun said.

The police alleged that Mr Egbegbe fraudulently obtained the monies from them over a period of two years – 2015 to 2017.

He was accused of falsely telling them (the BDC operators) that he had naira to change into foreign currencies and vice versa.

Mr Egbegbe’s lawyer, Adebayo Onifade, told this newspaper on Tuesday that his client has remained in custody because his bail conditions are yet to be perfected.

“One of the boys who was arraigned alongside Seun has perfected his bail conditions and gone home and he isn’t as influential as my client. Even before I took up Seun’s case, he had already been granted bail and when I came on board I applied for a variation and it was granted. I think it is just a question of finance or family members.

“By family members, I mean none of his family members are willing to come forward and stand as a surety for Seun. This might also be because no one has the money to pay for it. If a bail condition is yet to be perfected there is absolutely nothing any lawyer or a defence counsel can do about it.”

During his heydays, the film-maker financed the production of several Yoruba films under his Ebony Films Productions imprint.

Also, Mr Egbegbe’s publicised affair with Nollywood actress, Toyin Abraham, a few years ago shot him into the limelight.

The relationship, however, ended in a controversial manner.

Nigerian actor, Leye Kuti, recently called out his colleagues for abandoning Mr Egbegbe at such a critical time.

When this newspaper contacted Bolaji Amusan (Mr Latin) who is the president of the Theatre Arts and Motion Pictures Association of Nigeria (TAMPAN) he declined to comment.

He said, “Madam, I don’t have any comment when an issue is in court I have nothing to say about it. I have no comment.”

“It’s a tricky situation, it’s a pathetic situation, but we all know that if you are granted bail and don’t fulfill it you can’t be set free. The thing is this our Yoruba movie industry has caucuses and so it depends on what caucus you belong to.

“I think you should reach out to people (actors) who have had personal dealings with him or featured in his films. People like Kunle Afod and the likes who are closer, and hopefully they are. I am not sure he belongs to TAMPAN and I don’t know the association he belongs to as a Yoruba filmmaker. That is one of the benefits of belonging to a professional body.”

Justice Oluremi Oguntoyinbo of the Federal High Court ruled that the filmmaker be granted bail once he meets his bail requirements.

“One of the sureties must be a civil servant who has attained level 16 while the other surety must be a landowner in any part of Lagos metropolis.

”The landowner must submit a Certificate of Ownership of the landed property while the civil servant must submit his international passport to the court.

“The sureties must swear to an affidavit while the house and office addresses and a telephone number will be verified by the court,” the judge ruled then.