'Where Is The Evidence That He's Committing Fraud?' Nigerians Query EFCC On Mompha's Arrest


Nigerians have questioned the Economic and Financial Crimes Commission to provide evidence that Mompha is a fraudster. 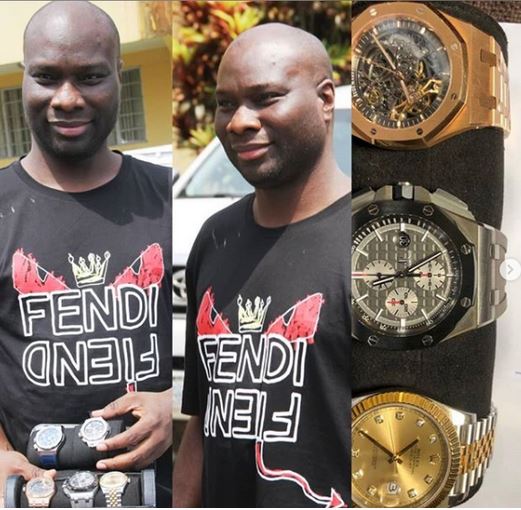 Ismaila Mustapha aka Mompha
Some Nigerians have taken to social media to question EFCC following the arrest of social media big boy, Ismaila Mustapha aka Mompha.
The Nigerians who took to Twitter asked the anti-graft agency to provide proof that Mompha is a fraudster.
The EFCC in a statement released yesterday October 22nd, said Mompha was arrested for alleged internet related fraud and money laundering. The antigraft body in its statement said Mompha ''who allegedly perpetrates his fraudulent activities under the guise of being a Bureau de Change operator is always seen with his little son flaunting huge amount of foreign currencies on his social medial platforms''.

The antigraft agency said Mompha was arrested on October 18th when he was leaving Nigeria and that at the point of his arrest, five wristwatches with a total worth of over twenty million naira (N20,000,000: 00) was recovered from him.
Some Nigerians are however challenging Mompha's arrest, pointing out that the commission has failed to state the evidence it has against Mompha. They believe it is one of the media trials of the agency.
See their tweets below: 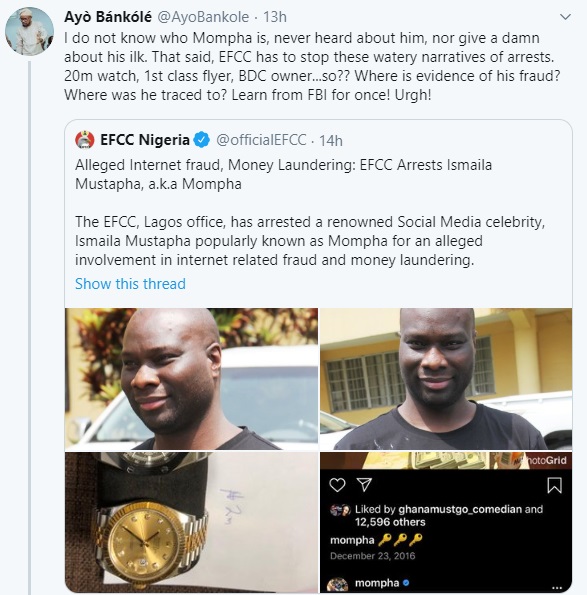 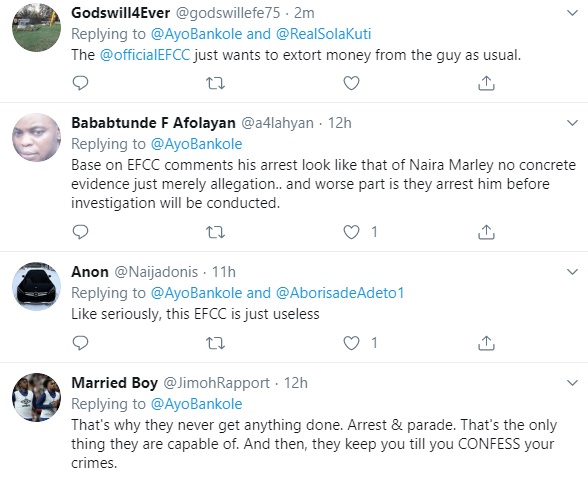