The summer-signing came off the bench to turn Thursday's Europa League match around in favour of the Gunners. 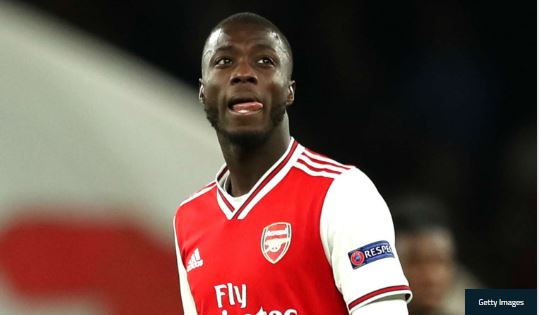 Nicolas Pepe has become the first player to score two direct free-kicks in a Uefa Europa League fixture since Luis Suarez's feat for Liverpool back in 2013.

After replacing Alexandre Lacazette in the 75th minute, Pepe scored two late goals in the final 10 minutes to give Arsenal a 3-2 win over Vitoria Guimaraes.

Five minutes after his introduction, the Ivorian attacker curled in a free-kick in the 80th minute to draw Unai Emery’s team level at the Emirates Stadium. 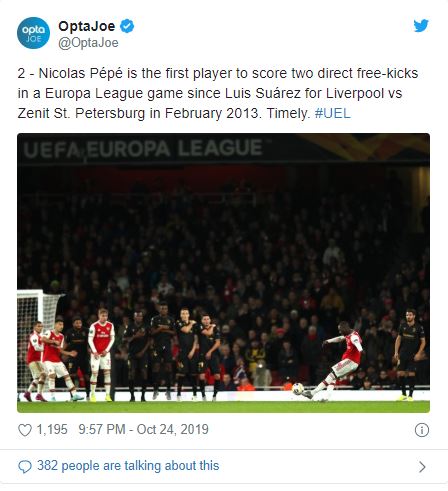 Few minutes later, the 24-year-old curled another free-kick, again in the stoppage time to hand the hosts maximum points at home.

The double stretched Pepe's tally to three goals across all competitions, including a strike in the Premier League, since his arrival from Lille in the summer.

Prior to Thursday's outing, Suarez was the last player to score two direct free-kicks in the Europa League, against Zenit St Petersburg in 2013.
Top Stories