Mesut Ozil is believed to be the answer to Manchester United's problems, Paul Scholes claims. 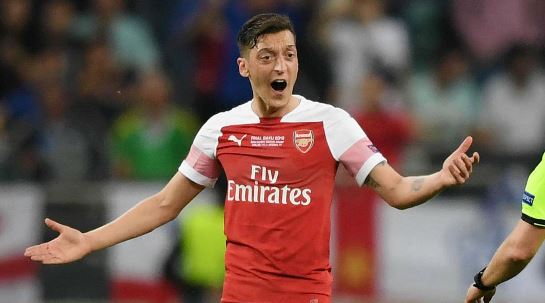 Mesut Ozil could be the answer to Man United's problems in the midfield, according to Paul Scholes.

Ozil has been frozen out of the Gunners squad since the arrival of Unai Emery last season and has made just two appearances so far.

But Scholes who watched as United defeated Partizan Belgrade in their group game suggested that his former team should sign the ex-Real Madrid star.

"Yeah, I can't understand it. I think he's a player who can link a team together. "I think he's got great quality, he's shown that in his career.

"He could be an answer short term, I don't know. "I think that would be up to him ultimately, if he wants to take a pay cut.

"No, I probably can't [see it happening] but I just think he's the type of player, short term, that Manchester United could do with," Scholes said.