The United Nations has finally reopened its Abuja building some eight years after it was bombed by Boko Haram. 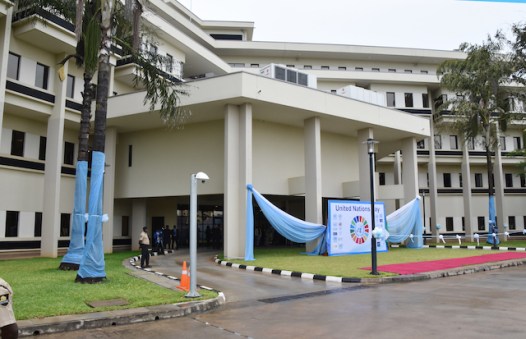 The United Nations has reopened its building in Abuja, eight years after the property was destroyed in an attack by a Boko Haram suicide bomber, PREMIUM TIMES reports.

The Nigerian government undertook the rebuilding of the property and handed it over to UN officials on Thursday.

On August 21, 2011, a car filled with explosives rammed into the building, setting off an explosion that killed 23 UN staff, including Nigerians, in the first suicide bomb attack in Nigeria.

Witnesses said the car ran through various gates leading to the UN main building as armed guards opened fire to stop it.

Days later, the then spokesperson of Boko Haram, Abu Kaka, who is believed to have been killed by the military, claimed credit for the attack on behalf of his group.

The bombing which levelled the lower floor of the facility, left 76 people injured.

Boko Haram’s Abu Kaka said in a teleconference with journalists that the attack was carried out to force the government to release the group’s detained members.

“The government must release all our members detained across the country unconditionally before we accept dialogue with the government,” said Mr Kaka who also used the same medium to “warn security agencies in Kano to stop persecuting” their members.

The then president, Goodluck Jonathan, described the attack as “the most despicable assault on the United Nation’s Objectives of global peace and security, and the sanctity of life to which Nigeria wholly subscribes.” 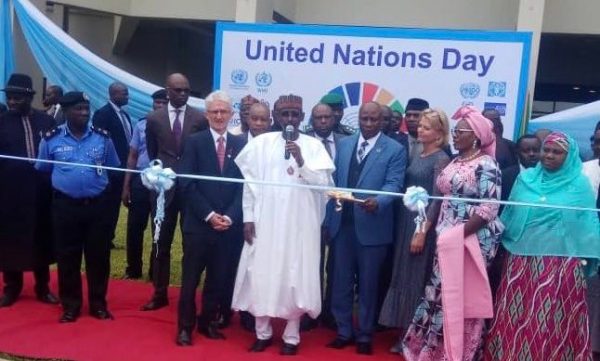 Officials at the venue of the re-opening

The then UN Secretary General, Ban Ki-Moon, while condemning the attack said it was “an assault on those who devoted their lives to helping others.”

The Nigerian government decided to officially hand over the building eight years after it was attacked on the day the UN celebrated the International Day of the UN.

During the handover ceremony, Mark Lowcock, United Nations Under-Secretary-General for Humanitarian Affairs and Emergency Relief Coordinator, said “the Nigerian Government handing over this building to the UN is a symbol of our shared commitment to continue supporting the people and Government of Nigeria.”

Mr. Lowcock who, represented the United Nations Secretary-General at the event recalled the day “23 people including UN staff and Nigerian civilians died in a suicide car bombing at the UN house in Abuja.

“This was the first attack against a UN facility in Nigeria; the building has since been rehabilitated by the Nigerian Government,” he said.

He said Nigeria has been a key actor since it became a member of the United Nations in 1960.

“Today’s reopening of the UN House in Abuja demonstrates our collective commitment to continue addressing the complex challenges facing Nigeria, West Africa, and the whole world,” said Mr. Lowcock who stood in for the UN Secretary General, Antonio Guterres.

The UN Undersecretary said the opening of UN House is an act of defiance in the face of such terror.

“We stand together to say that we will not be cowed by violence. We will continue to support the Nigerian people fulfil their dreams of a future of prosperity and security. 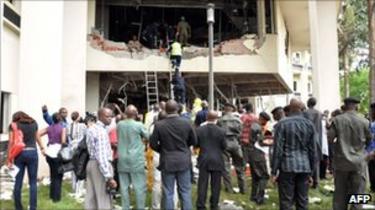 The building when it was bombed

Tribute to the Victims

Mr. Lowcock paid tribute to the 23 UN colleagues, contractors, and visitors who lost their lives that day, “and the many others who were injured.”

“Their sacrifice will never be forgotten. My thoughts today are above all with the families and friends they left behind.

“Today, I want to dedicate this official handover of UN House to all those whose lives were irreversibly changed on that fateful day in 2011.

“Dayo, an OCHA driver who I spoke to yesterday, was only a few meters away from the explosion. He told me that he does not know how he survived the blast and he still has to undergo regular treatment.

“Baby Fesse was not even working for the UN. As a student, she had come to do some research and to visit her mother who was working here. Her life was forever changed when she lost her leg in the explosion.

“The UN House security guards who continue to devote their lives to protect others every day.

“And there are many others to whom we pay tribute today.

“This re-opening of UN House is one small way we can honor them. But today is not only about the past. Today we must also look to the future,” said Mr. Lowcock.

During his two-day visit to Nigeria, Mr Lowcock had discussed the humanitarian situation in the northeastern states of Borno, Adamawa and Yobe states.