Davido's girlfriend, Chioma has taken to social media to share a glimpse of what her stomach looked like when she was five months pregnant. 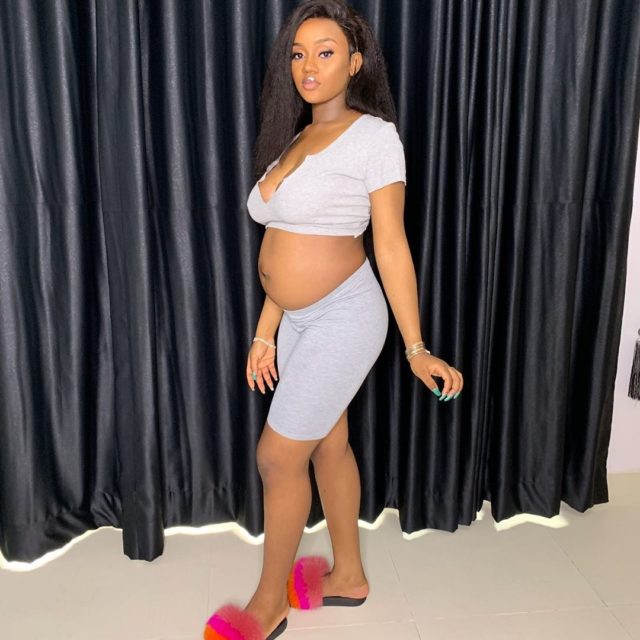 Chioma shows off her baby bump
Chioma, the girlfriend of popular musician, Davido has shared with her fans a beautiful photo of her bare bump at five months of pregnancy.
She also revealed she couldn’t eat anything during her first and second trimester.
The proud mother of one who welcomed her son with the singer some days back, wrote in her caption: ‘ Idk, I really couldn’t eat nothing through my first & second trimester. #skinnypreggo #5months.’
Davido and Chioma welcomed their baby boy, David Adedeji Ifeanyi Adeleke Junior, on Sunday, October 20, in the United Kingdom.
Top Stories