However, last Friday's meeting has doused the perception, as palpable fear seemed to have once more gripped the opposition. 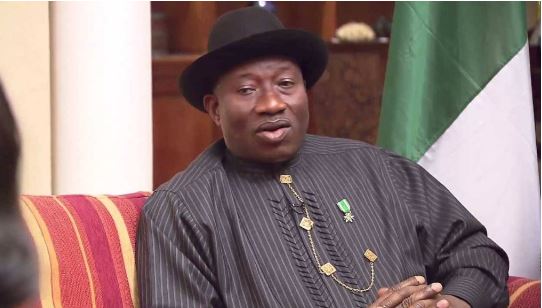 The ambition of the Bayelsa State candidate in the November 16 governorship election, Senator Diri Duoye, to succeed the incumbent Governor of the state, Hon. Seriake Dickson, at the weekend received a huge boost when former President, Dr. Goodluck Jonathan, emerged from a closed-door meeting with governors of the Peoples Democratic Party (PDP) states, and endorsed Duoye.

At the meeting which was held at his Abuja residence, Jonathan asked: “How can I be working for the All Progressives Congress (APC) when I am a frontline stakeholder and the father of the Peoples Democratic Party (PDP)?

Few days ago, there were insinuations in the social media that the former president had entered into an unholy alliance with the APC-led federal government to work together in the build-up to the November 16, 2019, governorship election in Bayelsa State, a narrative, which was described in some quarters as the handiwork of detractors.

However, last Friday’s meeting has doused the perception, as palpable fear seemed to have once more gripped the opposition.

It is not clear whether the six governors facilitated the endorsement as it was perceived that Dickson blocked the aspiration of the nominee of a former governor in becoming the PDP governorship candidate in the November 16 governorship.

However, since the emergence of Douye, efforts have been made to receive the blessings and endorsement of the PDP candidate.

But when the PDP governors mobilised to meet Jonathan and seek his endorsement of Douye, the former president agreed to support his governorship ambition.
Top Stories