After becoming a born again Christain,Kanye West has banned his daughter North West from wearing make-up and crop tops. 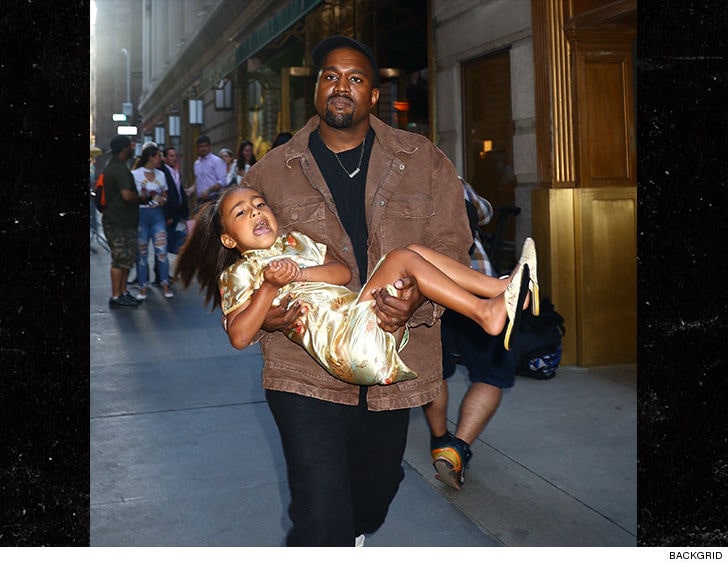 Kanye West has banned his daughter with Kim Kardashian, North from wearing make-up and crop tops after he became a ‘born again’ Christian.

This was revealed by Kim, who stated that her husband has banned their six-year-old daughter from doing some adult stuff.

The 42-year-old rapper, who has just released a new album called Jesus is King ruled that his eldest child can’t touch cosmetics until she is a teenager.

Speaking to E! News at the debut of her KKW Beauty at an Ulta Beauty store in New York on Thursday, the mother of four said: “North is trying to get in on the makeup, but she’s being blocked heavily because her dad has stopped all makeup for her until she is a teenager.

The reality star also admitted that his new conservative views are causing tension in their household, but added that it is what’s best for her family.

“It’s a big discussion, a big fight in the household right now but it is what’s best.

“I think as a parent you just learn and figure it out as you go and we realized we didn’t really want her to wear makeup at a young age but she sees her mom putting on lipstick and lip gloss.”