The FRSC boss in the state further enjoined motorists to drive with alertness and observe any unusual scenario and report promptly to law enforcement agencies. 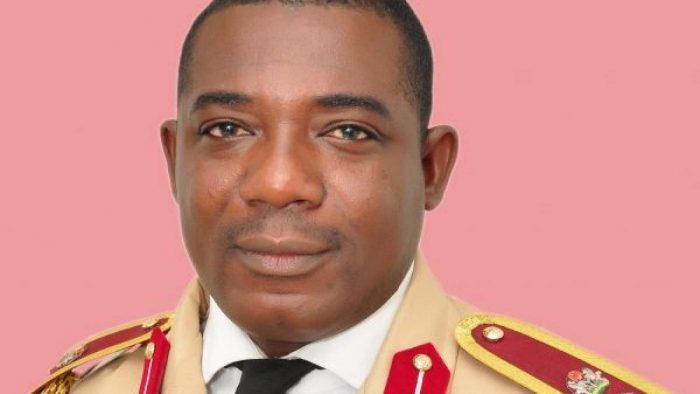 The Federal Road Safety Corps(FRSC), Ogun Command, has advised Nigerians to minimise traveling at night, especially as 2019 gets to an end, to curb road crashes.

Mr Clement Oladele, Ogun Sector Commander of FRSC, gave the advice in an interview with the News Agency of Nigeria (NAN) in Ota, Ogun.

Oladele spoke while reacting to the two accidents that happened on Saturday, claiming nine lives and injuring 12 others on Sagamu-Ijebu Ode-Benin Expressway.

“Thus, the night under the darkness is usually attractive to the criminals to operate and carry out their wicked act,” he said.

He said that the advice became necessary as the criminals always had the mindset to carry out their nefarious activities where their chances of not being recognised and escaping were very high.

The News Agency of Nigeria (NAN) reports that one of the accidents occured when a gang of armed robbers that capitalise in robbing travelers, under the cover of the dark, stormed on unsuspecting victims on the road.

The sector commander urged motorists to be conscious of their environment and plan their journeys, adding that various activities such as “motorisation“ and crimes were heightened as the year is coming to an end.

”They should also get their vehicles routinely serviced, avoid offering ride to unknown persons or patronising road side motor parks.

“Instead, the passengers should board only commercial vehicles at recognised motor parks and ensure they fill correctly, their details and those of their next of kin in the passengers’ manifest before embarking on any trip, “Oladele said.

The FRSC boss in the state further enjoined motorists to drive with alertness and observe any unusual scenario and report promptly to law enforcement agencies.