I Don't Live For Goals - Messi


Messi also spoke about his desire to win a World Cup with Argentina, but insists he wouldn’t change anything in his career to get his hands on the game’s biggest prize. 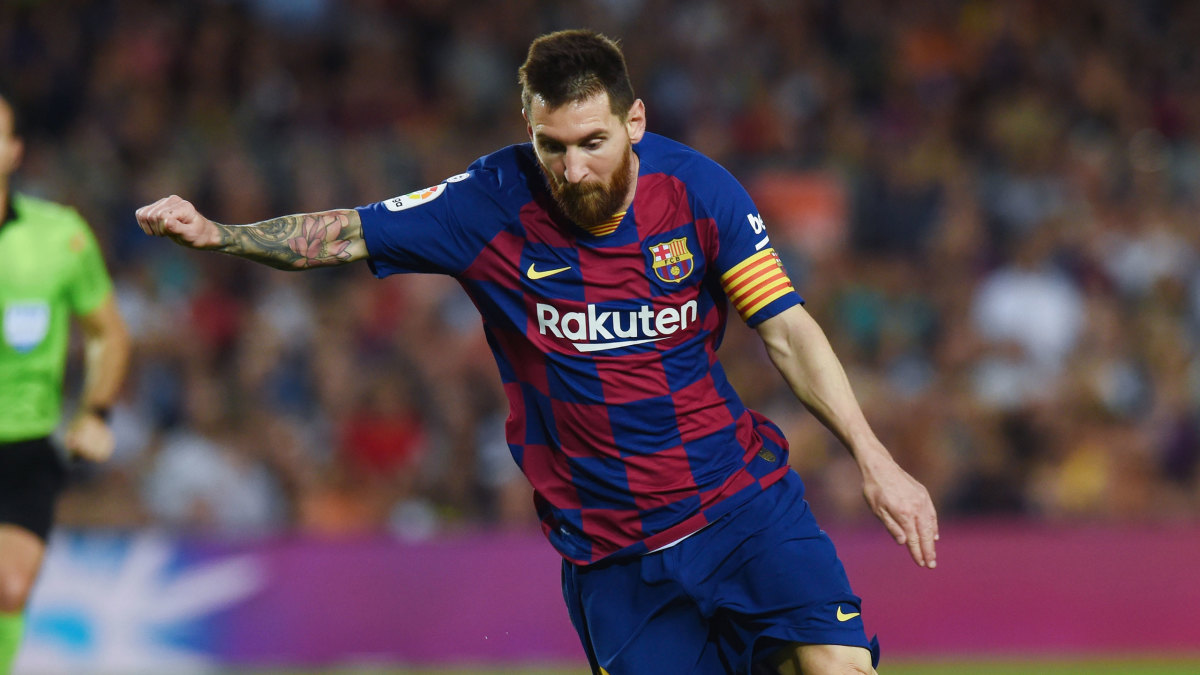 Lionel Messi has revealed how his 15 years experience has seen him develop his all-round game.

The Barcelona skipper, who has incredibly found the back of the net 674 times in 829 games for club and country,  also claims that he ‘doesn’t live for scoring goals’ but still enjoys doing so.

Following the postponement of El Clasico, the 32-year-old has taken the time to talk about his career in depth with  Argentinian TV station TyC Sports and how his game has transformed over the years.

“I have grown up, and now I can read the game better,’ Messi said.

“I know when to become involved, and how to be effective at the right time.

“There are times in games when I do not need to be involved, but if spend too much time without the ball I can  leave a game.

“I enjoy arriving into the box and scoring, but I don’t live for scoring goals.”

In those 829 games Messi has also has 289 assists to his name, further amplifying his role as a team player.

Messi also spoke about his desire to win a World Cup with Argentina, but insists he wouldn’t change anything in his career to get his hands on the game’s biggest prize.

The closest the South American country got to silverware was in the 2014 World Cup where they were defeated 1-0 by  Germany in the final.

“I would’ve loved to be a world champion,” he added.

“But I don’t think I would change anything else in my career to be one.

“This is what I was given, what God gave me. It is what it is.

“I couldn’t dream of everything that I experienced after. It was far bigger than anything I could’ve imagined.”