A man has been arrested and handed over to the police after breaking into a store to steal. 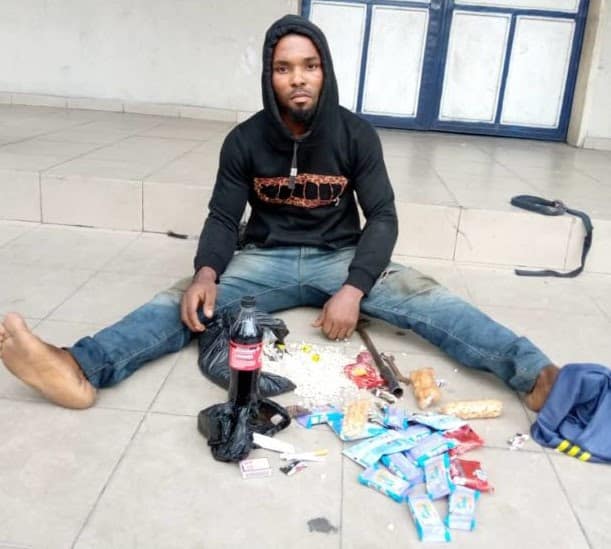 Destiny Asuquo
A man identified as Destiny Asuquo has been arrested for breaking into a store in Rumuodara, Port Harcourt, the Rivers State, to steal biscuits, sausage roll and soft drinks.
The 25-year-old plumber who hails from Akwa-Ibom state, was arrested by a vigilante group in Rumuodara Community, last Thursday after he broke into the provision shop to steal.
On interrogation, the suspect who said he is a plumber claimed he was hungry because he had not eaten for two days and has been hoping to get a job, but to no avail.
He claimed he was forced to break into the shop to eat something to save his life, having suffered chronic attack of ulcer for two nights.
The suspect has been handed over to Okporo Police station in Rumuodara for investigation and prosecution.
Top Stories