A police woman has been pictured hanging on a bus apparently in an alleged bid to collect bribe. 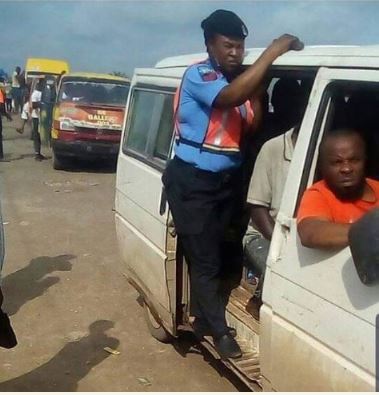 Nigerian police woman becomes bus conductor because of bribe
A photo of a Nigerian Police woman has left tongues wagging after she was spotted hanging on a bus.
The woman said to have taken over the conductor's role, hanged on the bus and refused to come down after the driver refused to settle her with small money, according to the poster.
The incident is not new in Lagos as many police officers in the guise of controlling traffic extort motorists, hanging on buses if the driver refuses to give them money.
The act has been condemned by Nigerians and social media users. 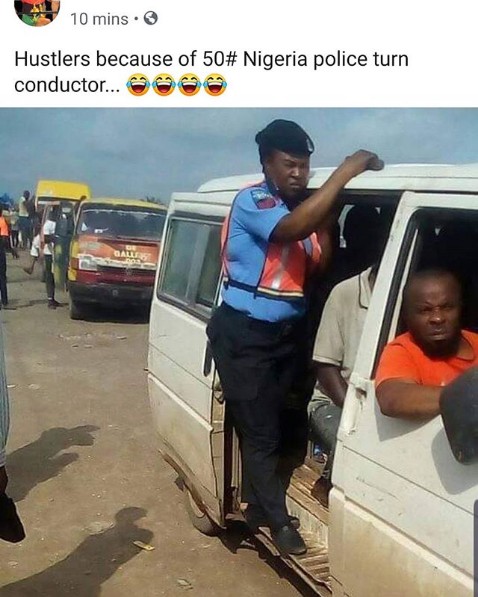