A Nigerian army general who is spearheading the war against the deadly Boko Haram sect, has been redeployed. 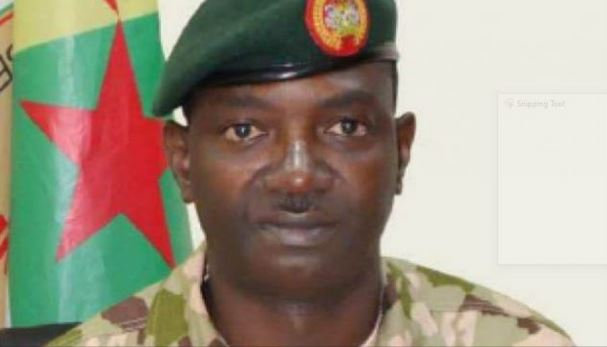 According to TheCable, Tukur Buratai, chief of army staff, has approved the immediate redeployment of nine senior officers to new formations nationwide.

In a statement issued on Tuesday, Sagir Musa, army spokesman, said the posting was a routine exercise to improve the system for greater efficiency.

Among those redeployed are four brigadier-generals and five major-generals including Chikezie Ude (pictured), the general in charge of the multinational joint-task force in Chad spearheading the fight against Boko Haram.

Musa also said EJ Amadasun, a brigadier-general, as been redeployed from the headquarters of Nigerian army corps of artillery, Kontagora, and now takes over as commander of 35 brigade, Abeokuta.

He said: “Brig.-Gen. A.M Adetayo had been moved from Department of Army Transformation and appointed as the Chief of Staff Nigerian Army Corps of Artillery.

He quoted the chief of army staff as asking the officers to take their new responsibilities seriously and to “discharge all duties professionally with utmost loyalty to service and the nation”.