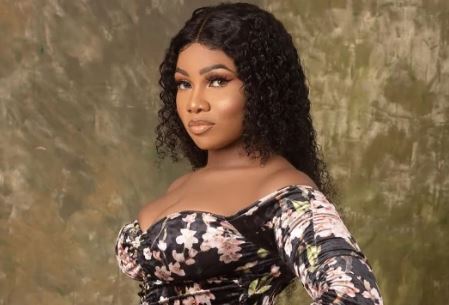 Today on your favourite celebrity ditching their fans and going 'Missing In Action,' former BBNaija housemate, Tacha has deactivated her Instagram page.

The reality TV star left her almost one million Instagram followers in shock after she deactivated her page on Wednesday, October 30, 2019. As usual, no prior notice was given before the action. Don't bother searching for Tacha on Instagram as the only page/pages you'd come across are fan accounts.

Fans and followers of the reality TV star have been left puzzled as to the reason behind their favourite super star's decision to go MIA.

For some, this won't come as a surprise as this is not the first time Tacha would leaving her social media followers in a state of confusion. Recall that a few weeks ago she deleted all her photos on Instagram which we all later got to understand was for rebranding purposes.

The reality TV star deleted all her photos on Thursday, October 10, 2019. Just like every other celebrity that has deleted all their photos from Instagram, she didn't give any reason.

Observers might believed at that time that the reality TV star was rebranding and starting on a clean slate, hence the decision to take down her old photos. It is now news that Tacha was disqualified from the fourth edition of BBNaija just a few days to the end of the show.
Top Stories