Controversial LGBT activist, Bisi Alimi has celebrated with his followers after organising the first-ever LGBT pride event in Lagos. 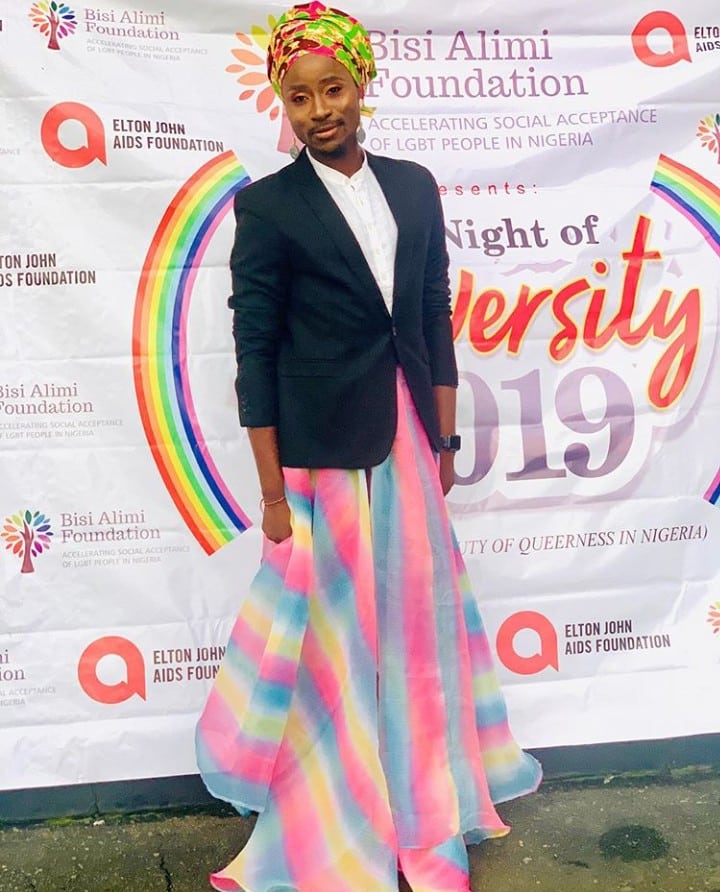 Bisi Alimi in Lagos
Bisi Alimi has made his return to Nigeria memorable after organising the first-ever LGBT pride event he organized in Lagos.
The gay rights activist attended the Night of Diversity 2019 organized by the Bisi Alimi Foundation. The event held in Lagos on Tuesday, October 29.
The event was made possible courtesy of grants received from the Elton John AIDS Foundation, Martin Prendergast, Stephen Fry and Paul Gambaccini. The British Deputy High Commission also provided the venue for the event.
The Night of Diversity 2019 saw 9 members of the LGBT community take the stage to show off their talents and capabilities.
Giving his followers an update on the event, Bisi wrote:
"WE DID IT! We organised an LGBT pride event in Lagos

Last night was a blast in Lagos, 9 LGBT took to stage for what was an incredible showing of rainbow awesomeness.
The celebs and stars also came. It was a great night.
Thank you to everyone that showed up.
We never thought that when we decided to organise something close to an LGBT pride event in Lagos that we will;
1- find a venue
2- find sponsorships for it
3- find artists
4- that people will come
Despite the crazy traffic in Lagos yesterday, great number of people turned up.
We found a venue, 9 acts performed at the event and we got grants from Elton John AIDS Foundation, Martin Prendergast, Stephen Fry and Paul Gambaccini
The British Deputy High Commission provide an amazing venue.
See you at the Diversity Night in 2020."
Top Stories