Mr Hassan observed that the steel industry, if revived, would also lead to employment of additional 200,000 workers in the up-stream and down-stream ancillary industries. 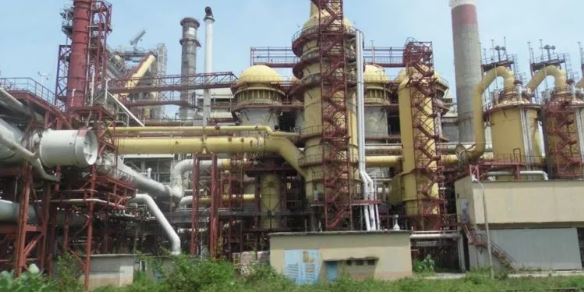 Prof. Suleiman Hassan, the National President of the society, stated this in his welcoming address at the 35th Conference and Annual General Meeting, tagged: “Ilorin 2019″, on Thursday at the University of Ilorin.

The theme of the Conference was entitled “The Role of Metallurgical Industries in Sustainable Development Goals”.

Mr Hassan observed that the steel industry, if revived, would also lead to employment of additional 200,000 workers in the up-stream and down-stream ancillary industries.

He explained that the Ajaokuta steel company requires some 10,000 personnel to function, adding that this will lead to a great effect of boosting steel community that would bring rise to other businesses.

“Multiplier effect of the employment is created on the other sectors of the economy which increases in geometric progression,” he said.

“Steel has played major role in industrial transformation of nations and the relationship between steels and other sectors of the economy cannot be over discussed.

“The products from metallurgical industries like steel serves as material backbone of economic development because of its passive use in all spheres of economic life such as creation of high productive capacity in mechanised farming and the processing.

“Others are preservation and storage of food products, development of building, roads, railways, harbours, power generation and telecommunications, among others,” the NMS said.

He, therefore, urged the Federal Government to expedite action on its efforts at reviving the company.

Dr Asipita Abdulrahman, the Chairman, Conference Organising Committee, noted that the theme of the conference was in line with the United Nations General Assembly adopted 2030 agenda for sustainable development.

Mr Abdulrahaman, who is also the Head, Department of Metallurgical Material, Federal University of Technology, Minna, said these goals includes eradication of extreme poverty and building resilience of the poor and those in vulnerable situations.

He opined that that these goals can only be possible in Nigeria, if there is are strong and viable metallurgical industries.

The Chief Executive Officer, KAM Holding Ltd, Dr Kamoru Yusuf, said manufacturers remain major players in the development of any emerging nation and that the Iron and Steel sector is one of the bedrock of Nigeria’s economy.

He said the sector is known for jobs creation, revenue generation and community development services.

He disclosed that Nigeria has lost about one million ton of Iron in the last two years while about 10,000 jobs have been lost to the felonious act due to the collapse of factories.

He therefore urged the federal government to declare Iron and Steel products contraband items for importation because we are producing more than enough in Nigeria and we have the potential to do better.

“Importation of sub-standard roofing sheets into Nigeria is not only a great catastrophe for Nigerians but it is also affecting the expected Internally Generated Revenue, IGR because about N1 billion is lost weekly in that regard,” he said.