The Kano State Government has shut down a notorious children torture chamber and rescued 36 chained inmates from the facility. 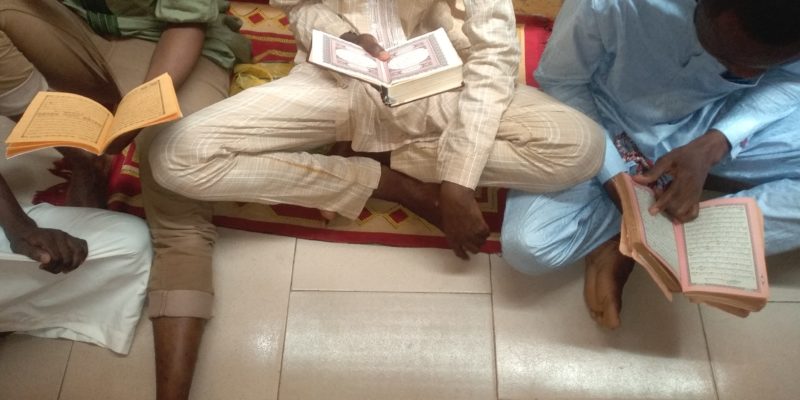 Students at the centre reciting the Quran

According to a report by Premium Times, the Kano State Government on Wednesday shut down a notorious children torture chamber and rescued 36 chained inmates from the facility.

Daiba, located in Rijiyar Lemu quarters in Dala Local Government Area of the state, was shut down late Wednesday after state officials found children in chains at the centre.

Premium Times had reported how the proprietors of other such centres in Kano were shutting them down and dismissing the students to escape the attention of the authorities.

Earlier, the state government had set up a committee to check the centres operating in the state with a view to regulating their activities.

The head of the committee, Muhammad Tahar, told Freedom Radio that the Daiba centre was notorious for chaining and torturing its inmates.

He said the committee stormed the centre with the support of the Hisbah (state’s moral police) and found some inmates being tortured.

He advised parents to come forward and identify their children who were rescued from the centre and taken into the custody of Hisbah.

The police spokesperson in Kano, Abdullahi Haruna, said he was unaware of the operation. “Please contact the Hisbah,” he said.

President Muhammadu Buhari had condemned the ill-treatment of children at the centres.

“On torture chambers, in this day and age, no responsible democratic government would tolerate the existence of torture chambers and physical abuses of inmates in the name of rehabilitation of the victims.”

The president commended the efforts of the police in exposing human rights abuses by individuals and criminal groups and said he was optimistic that the efforts would be sustained to check illegal activities of such nature.

Mr Buhari appealed to members of the public to remain vigilant and assist security agencies in crime prevention and control by reporting the existence of criminal activities in their communities.