ASUU had at different fora rejected the deadline, stating that universities operated differently from the civil service. 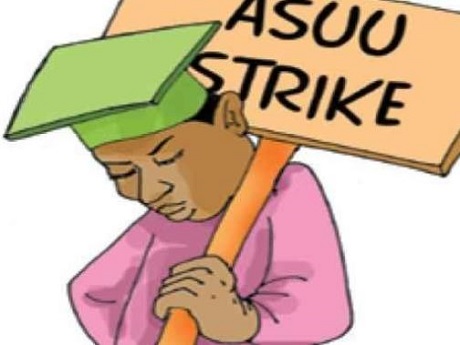 The Academic Staff Union of Universities (ASUU) has suspended its proposed strike over Federal Government’s directive to enroll its members into the Integrated Payroll Personnel Information System (IPPIS).

When President Muhammadu Buhari presented the 2020 budget proposal before lawmakers on Oct. 8, 2019, he vowed that Federal Government Employees not captured on the IPPIS platform by 31st Oct. 2019 would no longer be receiving their salaries.

ASUU had at different fora rejected the deadline, stating that universities operated differently from the civil service and should, therefore, not be seen as appendages of ministries, departments and agencies of government.

According to him, the union is proposing another template which would factor in the peculiarities of the universities and promote their interest.

“The point we are making is that we have visited the Senate President, told him that there is an alternative to IPPIS, the IPPIS as we see it, will not promote the interest of the university, there is no university or country in the world where the payment of university workers is centralised with the government.”

On the World University ranking, Ogunyemi stressed that enrolling its members would affect Nigeria’s status, and discourage visiting lecturers come into the system.

“IPPIS will affect our ranking because now scholars from different parts of the world will not be encouraged to come to Nigeria.

“Imagine somebody come for short six months and because of IPPIS he is not paid from three to four months, whereas, if they are domesticated in the universities, ASUU will pay them.

“Any university can attract scholars from any part of the world and you do not expect scholars to come from India, China, Australia, America or UK and be coming into Abuja to enroll in IPPIS.

“It is ridiculous, and that is what autonomy means, that universities should govern their personnel and their pay role system.

“We are saying it is not safe, we are going to become a laughing stock among committee of universities.

“In Ghana, there is something like IPPIS, but universities are not part of it. There is nowhere in the world that payroll is centralised and managed by consultants.”

He, however, noted that what the union wanted was a “Governing Council’ that would govern and manage the payroll of ASUU members.

“Our proposal is that there should be a mechanism that will enable the government to monitor the payroll system and the personnel. At the appropriate time, we will release it to the Nigerian public.

“The mechanism, when we centralise the payroll system of academics in Nigeria, you are taking a risk, cyber criminals can break into it at any time.

“There is nothing you put on the internet that cannot be hacked and that is not accessible in any part of the world.”

He stressed that the IPPIS will erode autonomy of the union, noting that the universities are unique environment, and are called “universal cities because they are universal market places of ideas.”