Defence lawyer Neville Warburton said the defendant was too embarrassed to return to the Premier Inn. 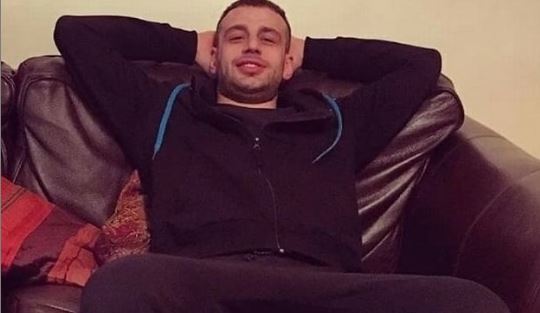 A drunk man has been jailed for trying to have s*x with a pile of leaves.

Michael Golsorkhi hid in a bush after Premier Inn staff spotted his filthy behaviour and confronted him outside the hotel.

The 26-year-old, who had taken cannabis and cocaine, reemerged 10 minutes later when police officers arrived at the scene.

Magistrates jailed the pervert for eight weeks, urging him to think about his life and get the help he needs.

Golsorkhi was spotted humping the autumn leaves outside a Premier Inn, in Stockport, near Manchester, last month.

He was reportedly close enough for families to see him from a nearby Beefeater, The Sun reports.

One of the Premier Inn staff members said: "We saw a white male with his trousers down and we could see his bum. “There was nothing between me and this male, he was about a car length away from me and he appeared to be having  s*x .

The witness then told the pervert to 'clear off' and called the police. "Unfortunately for you, it is you who have found yourself in this position.’’

Golsorkhi, who pleaded guilty to cannabis possession and outraging public decency, was told to pay £122 in costs.

Defence lawyer Neville Warburton said the defendant was too embarrassed to return to the Premier Inn.
Top Stories