606 Autos who is a friend to David Adeleke aka Davido has been remanded in prison after being charged for fraud. 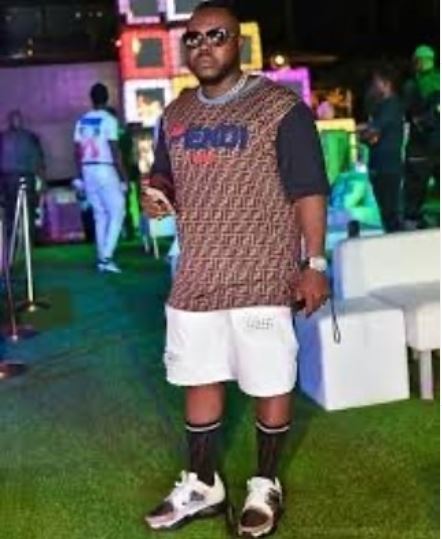 Babafemi alongside his companies – 606 Autos Limited; 606 Music Limited; and Splash Off Entertainment Limited – was arraigned on five counts before the Federal High Court in Lagos.
The EFCC accused him of laundering a total of N207.1m between 2013 and 2018.
He was accused of transferring N37.6m to one Omojadesola Allison; N93m to one Olanrewaju Oriyomi; N1.5m to one Abiola Ayorinde, alias ABK; N25m to one Bartholomew Ezeudoka; and N50m to one Amobi Uchenna.
The EFCC said 6O6 “ought to have reasonably known that such funds form part of an unlawful act, to wit: obtaining money by false pretence”.
Prosecuting counsel for the EFCC, Mr A.B.C. Ozioko, said 606 and his companies acted contrary to Section 15(2)(b) of the Money Laundering (Prohibition) Act 2011 (as amended) and were liable to be punished under Section 15(3) of the same Act.
But 606 and his companies pleaded not guilty when the charges were read to them.
The defence counsel, Dr Muiz Banire (SAN), told Justice Chukwujeku Aneke that he had filed an application for his client’s bail and had served it on the prosecution.
Banire, who said the offence was bailable, urged the court to grant bail to his client in liberal terms. But the prosecutor, Ozioko, urged Justice Aneke to decline the bail application based on the defendant’s antecedents.
Ozioko said the charges against 606 were informed by intelligence from the American Federal Bureau of Intelligence. He told the judge that there was another charge against 606 pending before another court.
Justice Aneke adjourned till November 4, 2019 to rule on the bail application. He ordered that 606 be remanded in the prison custody until then.

Davido once called for his freedom on social media when the EFCC arrested him on allegations of fraud.

606 has a reputation for selling luxury cars to buzzing Nigerian singers.
Top Stories