Boxing: Canelo Brutally Knocks Out Kovalev In Eleventh Round For WBO Title


Judges Julie Lederman and Dave Moretti both had Alvarez ahead, 96-94, entering the 11th round. Judge Don Trella had it even through 10 rounds (95-95). 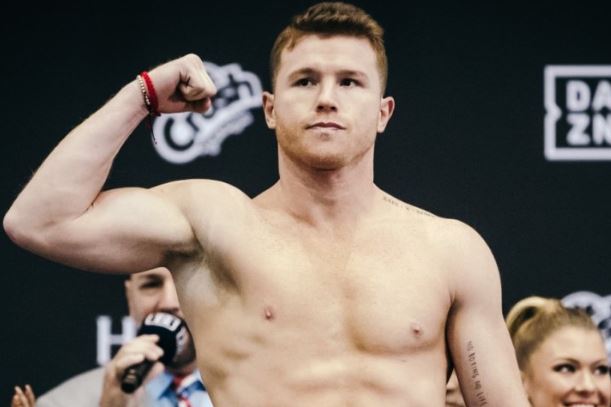 When Alvarez eventually was able to land those devastating shots he sought, the Mexican superstar put Sergey Kovalev to sleep. A vicious, left-right combination knocked Kovalev out cold at 2:15 of the 11th round in their scheduled 12-round, 175-pound title fight.

Referee Russell Mora immediately stopped the fight, once Kovalev went down to his knees, slumped against the ropes, obviously unable to continue.

Alvarez (53-1-2, 36 KOs) won the WBO light heavyweight championship from Kovalev in the main event of a nine-bout card that drew 14,490 to MGM Grand Garden Arena.

The 29-year-old Alvarez, who went off as nearly a 5-1 favorite Saturday night at MGM Grand’s sports book, became a world champion in a fourth weight class. Alvarez, who began his career as a junior welterweight 14 years ago, jumped up two weight classes, from middleweight to light heavyweight, to challenge Kovalev.

Judges Julie Lederman and Dave Moretti both had Alvarez ahead, 96-94, entering the 11th round. Judge Don Trella had it even through 10 rounds (95-95).

“The plan overall was patience,” Alvarez told DAZN’s Chris Mannix in the ring following his victory. “That was basically it, to have patience. We knew that it was gonna be five or six rounds, and that it was gonna take some time for me to get him. But obviously, he’s a great fighter. But again, I’m new in this weight, I’m new in this division. And much credit to him – he’s a great fighter. But we stuck to our game plan, basically. And basically, it was delayed a little bit. But overall, it was successful.”

The 36-year-old Kovalev (34-4-1, 29 KOs) entered their fight as one of boxing’s three recognized 175-pound champions. He had been stopped twice in the previous 28 months, however, and had to overcome serious trouble at the end of the eighth round of his previous fight against Anthony Yarde to secure his career-high $12.5 million for facing Alvarez.

Kovalev came back to knock out England’s Yarde with a single, jarring jab in the 11th round of that August 24 bout in Chelyabinsk, Russia, Kovalev’s hometown. He boxed well and worked off his jab for much of their fight Saturday night, yet Kovalev ultimately couldn’t withstand the shorter, stouter Alvarez’s power.

Alvarez, meanwhile, tookKovalev’s power very well, even thoughKovalev owned a four-inch height advantage and out-weighed him in the ring. He also held his gloves high for much of the fight and blocked many of Kovalev’s punches.

“It’s OK,” Kovalev said. “It’s a good experience for me. Canelo is really a great champion. And a little bit right now, I didn’t recover from my last fight. But it’s OK. Thanks for [the] fight. Canelo, big respect with him. He makes history, you know?”

When asked why he didn’t throw more right hands at Alvarez, Kovalev said he followed trainer Buddy McGirt’s instructions to use his jab as much as possible.

More than 90 minutes passed from the end of the co-feature – Ryan Garcia’s first-round knockout of Romero Duno – to the beginning of the Alvarez-Kovalev fight.

DAZN’s decision-makers determined that they’d wait until the main event of UFC 244 ended at Madison Square Garden in New York to start streaming Alvarez-Kovalev. That entire MMA match – Jorge Masvidal’s defeat of Nate Diaz – was shown to boxing fans on the huge screens throughout MGM Grand Garden Arena to give them something to watch while waiting for Alvarez-Kovalev to begin.

During the long delay, DAZN showed both boxers in their dressing rooms, doing everything from stretching to sitting on couches while waiting to finally fight.

The patient fans inside MGM Grand Garden Arena were treated to a competitive but tactical clash once the fight finally began.

It appeared as though their closely contested fight was headed to the scorecards until the final minute of the 11th round. Alvarez affected Kovalev with a right hand that buckled Kovalev’s legs with 53 seconds remaining in the 11th.

Alvarez followed up with the left hook and right hand that ended the fight.

In the 10th round, Alvarez landed a straight right hand that snapped back Kovalev’s head with about 1:50 remaining in it. Kovalev connected with a jab as Alvarez backed up late in the 10th.

Mora warned Kovalev for using his shoulder against Alvarez with just under two minutes to go in the ninth round. Kovalev landed a straight right hand at the midway mark of the ninth, but Alvarez took it well and shook his head to let Kovalev know he wasn’t hurt.

Alvarez and Kovalev touched gloves at the end of the ninth round as a sign of respect.

Alvarez began moving away from Kovalev in the second half of the eighth round. That strategy drew boos from the crowd and enabled Kovalev to win the round by being more aggressive and active than Alvarez.

Alvarez’s right hand nailed Kovalev out of a clinch with about 1:10 to go in the seventh round.

Alvarez landed a left hook to Kovalev’s body about 40 seconds into the sixth round. A right hand by Alvarez caught Kovalev with just under 40 seconds remaining in the sixth.

Alvarez later landed a left hook to Kovalev’s head and a right to his body.

Barely 30 seconds into the fifth round, Alvarez nailed Kovalev with a left hook up top. Alvarez struggled to get inside Kovalev’s jab for most of the remainder of the fifth round.

He did catch the champion with a flush left hook that Kovalev took well with just over 30 seconds to go in the fifth.

Alvarez hit Kovalev with a left hook that backed him up early in the fourth round. Alvarez snuck a right to Kovalev’s body around his guard with just over a minute to go in the fourth.

Kovalev connected with a right hand at the 30-second mark of the third round, but Alvarez absorbed that shot well.

With just over a minute to go in the second round, Alvarez drilled Kovalev with a hard right to the body, his first hard body blow of the fight. Kovalev had difficulty penetrating Alvarez’s guard when he threw jabs and right hands in the second round.

Neither fighter did much during the opening round. Alvarez landed a left hook toward the end of it that moved an off-balance Kovalev sideways, but the punch didn’t land flush enough to hurt him.