How Togolese Airline Destroyed Motorised Wheelchair Of Nigerian Passenger, Abandoned Her At Airport


A Togolese airline has reportedly destroyed the motorized wheelchair of a Nigerian passenger before abandoning her at the airport. 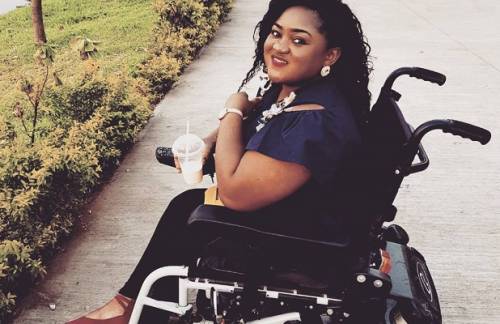 According to SaharaReporters, a Nigerian, Blessing Ocheido, has accused Asky Airlines of destroying her motorised wheelchair and abandoning her at the airport.

Ocheido told SaharaReporters that the whole drama started on August 15, 2019 when she flew Asky from Abidjan, Ivory Coast, to Abuja and on landing at Nnamdi Azikwe Airport, she discovered that her wheelchair's hand control had been shattered beyond repair.

She decried that the non-repair of her motorised wheelchair by the airline had made her to miss her flight on a few occasions, the last one being a travel to Addis Ababa with Ethiopian Airlines on October 26, 2019.

According to her, she drew the attention of the airline’s station manager at the Abuja airport to the destruction of her wheelchair and after much argument, the airline through the station manager, agreed to fix it for her.

She however, revealed that up till date, despite her efforts to ensure repair, the airline was yet to fulfill its promise.

She explained further that on September 13, 2019, a staff of the carrier brought the hand control of the wheelchair to her, claiming that it had been fixed.

But on close observation, she discovered that rather than fix the equipment, the airline only wrapped a paper tape around the shattered hand control.

She added, “I was shocked but still took my time to explain to him how what they had done was a great insult as well useless.

“Since then, Asky Airlines has done nothing about it. I kept telling them I travel often and I need my wheelchair as a matter of necessity and they promised to fix it but didn’t call again.

“Eventually, they told me to find someone to fix it and they will pay. A friend of mine reached out to the person who fixes her own wheelchair and he said the hand control was beyond repair and that he has to get a new one.

“I immediately forwarded the invoice to Asky on October 16, 2019 and told them I had another trip coming up in about two weeks. They didn’t respond again.”

Ocheido called on well-meaning Nigerians to assist her with her fight against Asky Airlines, which she said had exhibited arrogance since the issue began in August.

When SaharaReporters visited Asky office at Abuja airport, the staff on duty referred our correspondent to the airport manager, who they later claimed was out of the office.

Last Friday when SaharaReporters visited the place again, staff of the airline were unwilling to speak on the issue.