The Director of Administration, National Intelligence Agency, Ismaila Yusuf, has been accused of embezzling and diverting public funds. 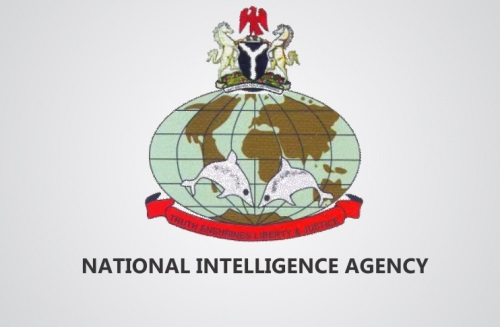 According to a report by SaharaReporters, the Director of Administration, National Intelligence Agency, Ismaila Yusuf, has been accused of embezzling and diverting public funds, tax evasion, money laundering, non-declaration of assets and deliberate falsehood by one Aliu Ismail Oguche.

Oguche had in a petition written to the Economic and Financial Crime Commission on October 16, 2019 said Yusuf owned a hotel in Abuja where he operates an illegal Bureau De Change, a confectionary in Abuja and another hotel the petitioner was yet to confirm.

The petition exclusively obtained by SaharaReporters, revealed that the NIA director enlisted in the agency with false credentials.

He further accused Yusuf of operating an illegal Bureau De Change in the said hotel where according to the petitioner suspected siphoned funds from the coffers of the NIA were exchanged.

Aside the hotel, it was revealed by that Yusuf also owned and operated Gold-plate Bakery and Confectionery Nig. LTD (RC 1419291) with the same set of directors as the hotel.

The petition read, “Contrary to the law establishing hotel or bakery businesses, there is no signpost for the either of the two businesses, ostensibly to evade taxation payable to the Federal Inland Revenue Service and other levies payable to government.

“It may equally have been intended to avoid paying the five per cent VAT being charged on customers’ bills.

“The secrecy surrounding the operations of the hotel are both suspicious and smacks of other clandestine activities, possibly cultism.”

A confident Oguche said these findings by him is an open secret to staff and management of the NIA as sometime in March this year, the Director-General, Ambassador A.R Abubakar, visited the said hotel.

Although he was yet to identify the details of the hotel owned by Yusuf in Lagos, he could confirm that the NIA director lived in a “palatial house” that is a class beyond his means in Wuse II, Abuja.

The petitioner wants the EFCC “To investigate and determine whether as a civil servant, Ismaila Yusuf is permitted to run these types of businesses and whether it is permissible for him to serve as signatory to the accounts of any other businesses outside the NIA, where he is the director of administration?

“To determine whether Ismaila Yusuf has declared these properties in his assets declaration form at the Code of Conducts Bureau as required by law and whether he acquired these property legitimately. Also whether such properties are within his means as a public servant on fixed salary and emoluments.

“To determine if appropriate taxes are being paid to the appropriate authorities on these businesses and if he has paid ‘Pay As You Earn’ taxes from these extra earrings.

“To also determine if operating the hotel and the attendant deals with the NIA in accommodating its staff as guests do to amount to conflict of interest with his duties as an officer of the agency.

“To probe into the background  of the said Ismaila Yusuf to determine if he is actually Basayi from Bauchi or Igala from Kogi; and to look into any other issues surrounding his enrolment into the NIA and the attendant acquisition and ownership of these multi billion naira properties.”

When contacted by SaharaReporters, Yusuf described the petition as strange, saying he was not aware of a petition filed against him.

He said, “I’ve not heard about it. I’m even surprised. I’m not holding public office, so how can anybody be talking about embezzlement of public funds and false declaration of assets.”