A former chief of army staff, Ihejirika has talked about the war against Boko Haram during his time. 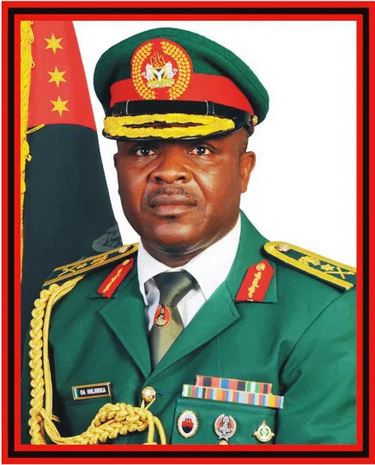 A report by TheCable has shown that Azubike Ihejirika, a former chief of army staff, says more soldiers and officers were recruited into the army to fight Boko Haram insurgents during his tenure.

He said this in Abuja at the reunion and gala night of the army’s 18 regular course.

The retired lieutenant-general said they were able to identify the nature of the insurgency at the time and this made them increase the army’s strength by 25 percent in three years.

“We were able to identify the nature of and complexity of the problem, we went ahead to quickly increased the strength of the army by 25 percent in the span of three years,” he said.

“Without that, it would have been a major issue because of several commitments both internally and externally when Nigerian Army was involved in foreign operations.”

He said following the strategy, the problem of insecurity was detected and this led to the prevention of a major problem that would have increased the challenges of insecurity that the country is currently being confronted with.

Speaking on his achievement as army chief, Ihejirika who served from 2010 to 2014, said the Nigerian Army Language Institute (NALI) was established at Ovim in Isuikwuato local government area of Abia state and was aimed at facilitating the integration of the Nigerian army with other neighbouring countries.

“The idea was to give Nigerian army the capacity to collaborate with other countries. Nigerian being a nation surrounded by francophone countries and with time, other languages will be taught,” he said.

He said he established the institute to help Nigerian soldiers on peacekeeping mission to fluently communicate after observing the poor nature of communication between the Nigerian soldiers and their colleagues from neighbouring non-English-speaking countries.

He said the army has already set different languages as part of the criteria for junior officers to be promoted.

“With time, other languages of interest will be taught but it is important to note that since the army has gone further to make different languages parts of the requirements for the promotion of junior officers.”

Gabriel Olonisakin, chief of defence staff, also speaking at the event said the 18 regular course contributed significantly to peace and security in the country.

“Permit me therefore to commend the sacrifice and contributions of the members of the course, who took pleasure in laying the foundation of discipline and valour upon which development of subsequent generations of the officers,” he said.

“Furthermore, I wish to state that the armed forces of Nigeria has benefited immensely from the professional advice offered by the members of the course in carrying the whole task of monitoring the younger generation of officers and responding to contemporary threats to national security.”