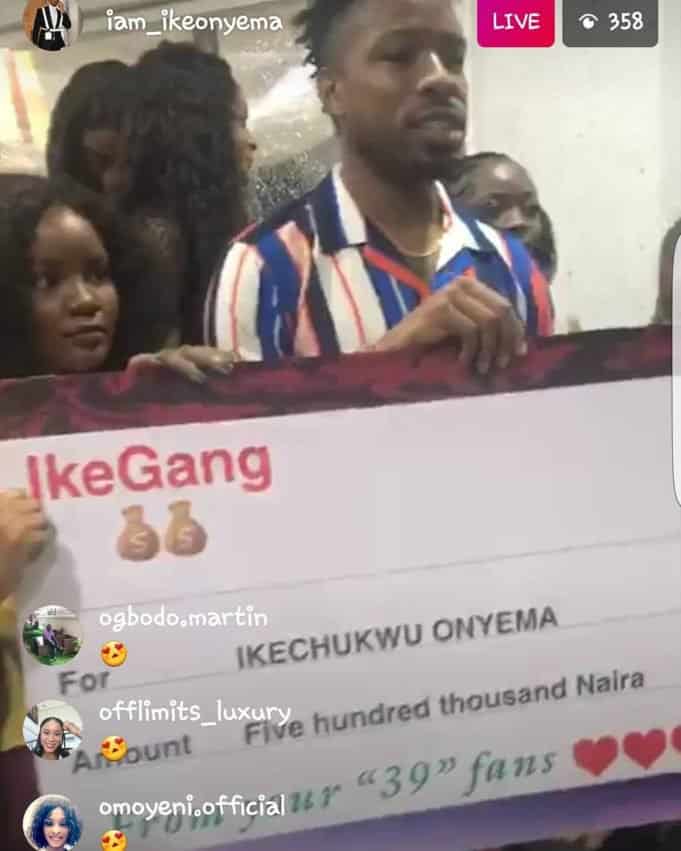 Ike and his fans
Some staunch supporters of ex-BBnaija housemate, Ike have given the celebrity a token to show the depth of their love for him.
In a video making the rounds online, Ike, was spotted in the midst of his fans as they presented him with a dummy cheque of N500k. 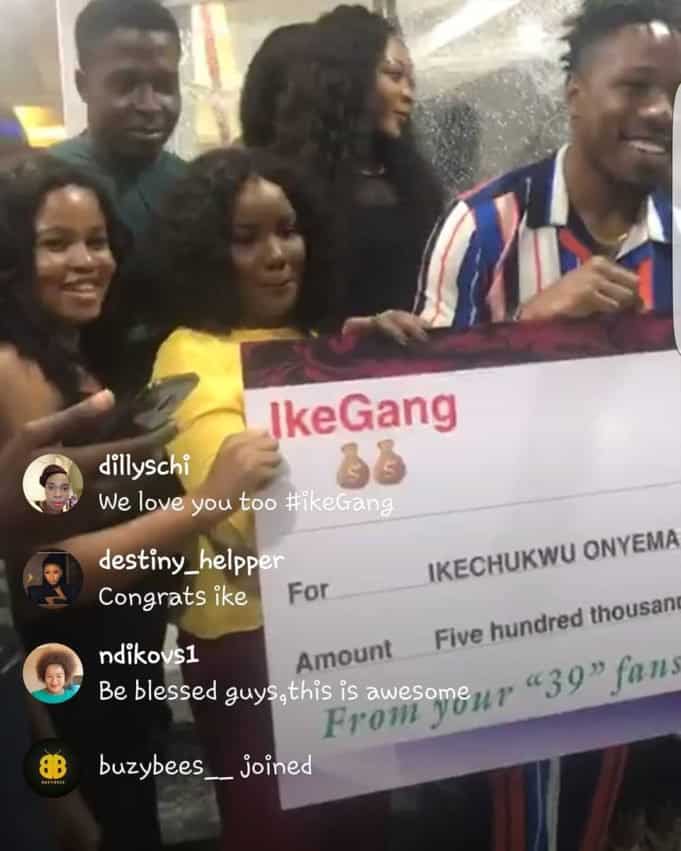 There is no doubt that the American-based Nigerian has managed to leave a warm imprint in the hearts of millions of viewers of the BBNaija reality show.
From his relationship with fellow housemate and winner of the season Mercy Eke, to how he formed bonds of friendships with other contestants in the house, Ike has given more than enough reasons for people to fall in love with his person.
See video below:
Top Stories