Another fire outbreak has been recorded at Lagos Island as a building catches fire in the area. 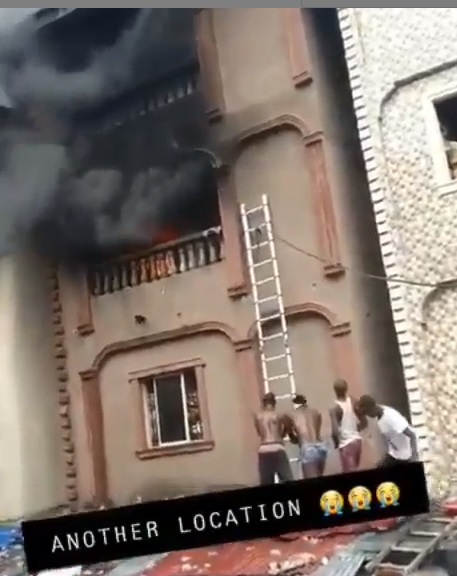 A fire outbreak has been witnessed at Dosunmu in Lagos Island, Lagos state.

This is coming just a few hours after reports of a fire incident at Balogun market in same Lagos Island went viral earlier today.

Though the cause of fire at the residential apartment is not yet known, it was learnt that it started while firefighters were trying to put out the fire at the market.

Below is a video from the scene of the incident;